NorthEast ComicCon & Collectibles Extravaganza always provides high quality artists from multiple genres in the Pop Culture investment and decorative markets, offering original art, commissions, signing books and prints.  From the majors like Marvel, DC and Disney to independent and up and comers, the selection of affordable original art makes the show a place collectors and fans are lucky enough to get the quality at a reasonable price. Like an art gallery, we are pleased to present fine works of art by accredited professionals and the next big things on display for sale.  Joining the show March 13-15, 2020 at the Boxboro Regency Hotel in Boxboro MA will include he Dynamic Duo of Science Fiction and Fantasy art, Bob Eggleton and Marianne Plumridge with new original artwork, prints, books and commissions.

Bob Eggleton is an American science fiction, fantasy, and horror artist. Eggleton has been honored with the Hugo Award for Best Professional Artist eight times, first winning in 1994. He also won the Hugo Award for Best Related Book in 2001 for his art book “Greetings From Earth”. He has also won the Chesley Award for Artistic Achievement in 1999 and was the guest of honor at Chicon 2000.Eggleton’s drawing and paintings cover a wide range of science fiction, fantasy, and horror topics, depicting space ships, alien worlds and inhabitants, dragons, vampires, and other fantasy creatures. His view on space ships were that they should look organic, and claimed that as a child, he was disappointed with the space shuttles and rockets NASA produced; they were nothing like fantasy artists of the twenties and thirties had promised. His fascination with dragons originated with his childhood interest of dinosaurs, which can be seen in the book Greetings From Earth. His paintings are commissioned and bought at science fiction conventions, and used as book covers. Eggleton has illustrated cards for the Magic: The Gathering collectible card game. Eggleton received massive encouragement from his father, in the form of books, supplies, visits to museums of space and aeronautics and support during the career choices he made. Eggleton dropped out of his art college, because he felt it was not for him. Eggleton is a fan of Godzilla, has illustrated numerous comics, magazines and children’s books based on the character and worked as a creative consultant on the American remake. While in Japan he appeared as an extra in one of the more recent films. Asteroid 13562 was named Bobeggleton in his honor.

Marianne Plumridge is an Australian-born artist and writer who, with her husband, illustrator Bob Eggleton, share their home with over 1,000 Godzilla monster toys, and just as many dinosaurs, dragons, and other odd beasties and creature figurines. The rest of the house is occupied by numerous books, paintings, art materials, and CDs. It really is a creative atmosphere, where inspiration is never lost for long. In the last few years, Marianne has returned to her fine art roots by refining her oil painting techniques. As well as painting natural subjects, Marianne has combined birds and robots into an ongoing series of ‘technology lost in nature’ paintings that include quirky tin toy robot adventures, to great acclaim. Her other ongoing concurrent themes of cosmic whales and pointy rocket-ship paintings still enjoy success and popular favor. The results can be found online at: ‘Daub du Jour’. Even more recently, Marianne has revived her interest in painting figurative works and portraits. Her experimental, ‘self-testing’ exploration of painting people again continues apace. In connection with her long held writing ambitions, Marianne writes book reviews and notes on her second Blog, ‘Muse du Jour’ – http://musedujour.blogspot.com/ Finished works of fiction have found their way into magazines and anthologies over the years, as well as articles and essays. Currently, Marianne continues to work on writing the nearly complete text for a book called “Bob Eggleton’s Ice Age America” for Impossible Dreams Press, in collaboration with her husband. It will feature essays and epic artwork and visions of prehistoric peoples, megafauna, and flora…and especially Mammoths and Mastodons. Marianne and Bob’s first collaboration as writer and artists, a children’s picture book called IF DINOSAURS LIVED IN MY TOWN was released in November 2013 from Sky Pony Press. Late this year, one of Marianne’s ‘more than doodle’ rocket paintings will grace the cover of Analog Magazine in the November/December Issue. 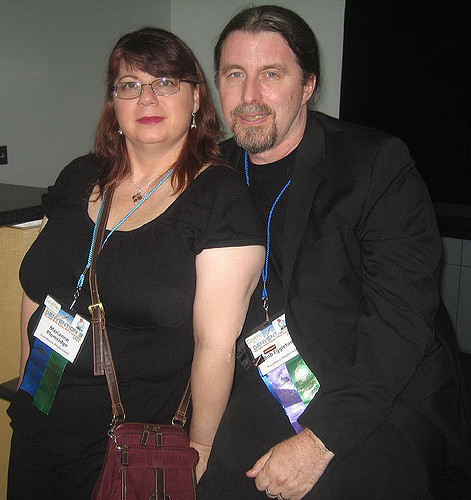 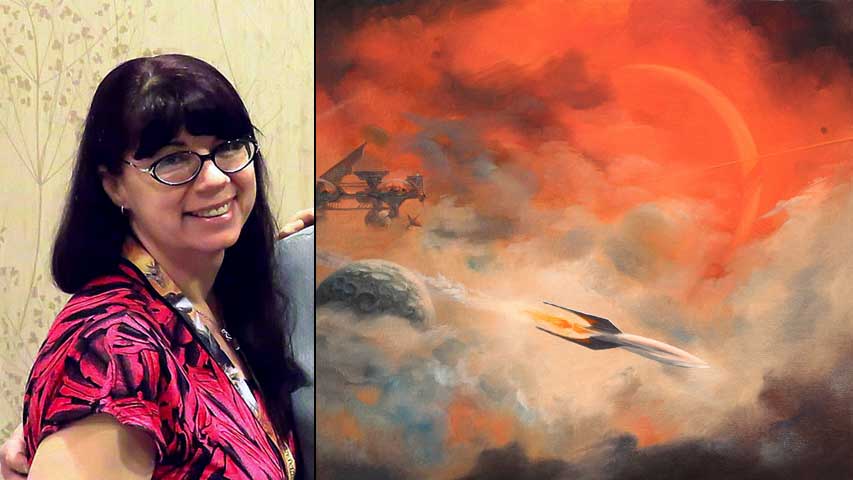 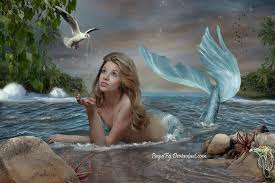 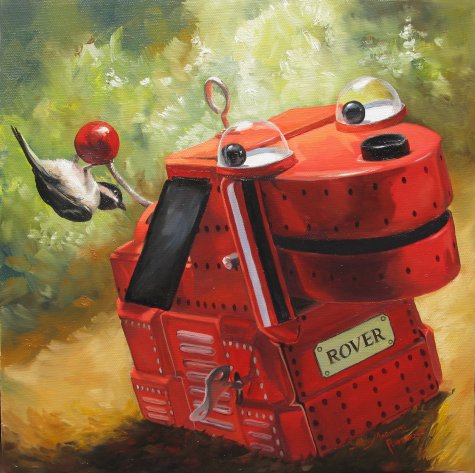 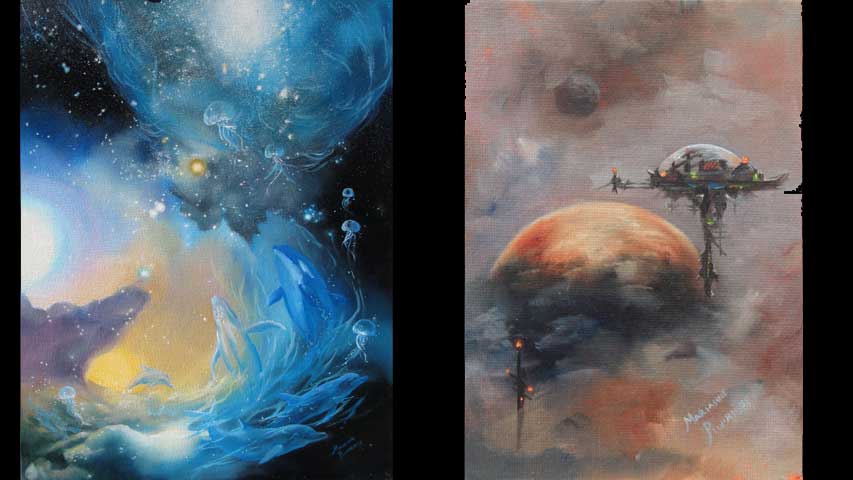 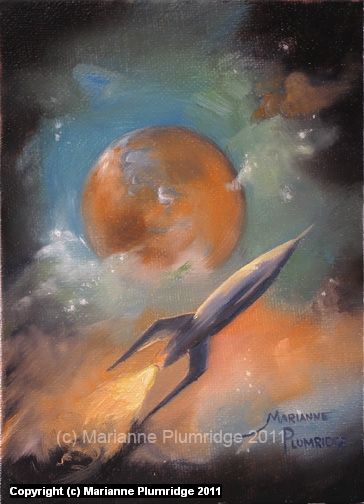 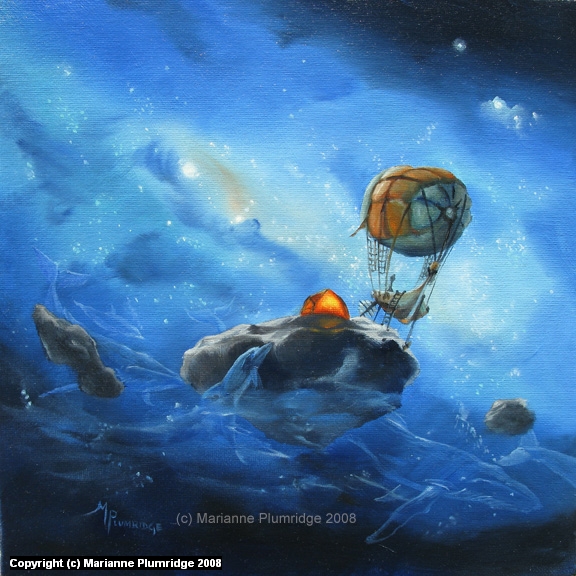 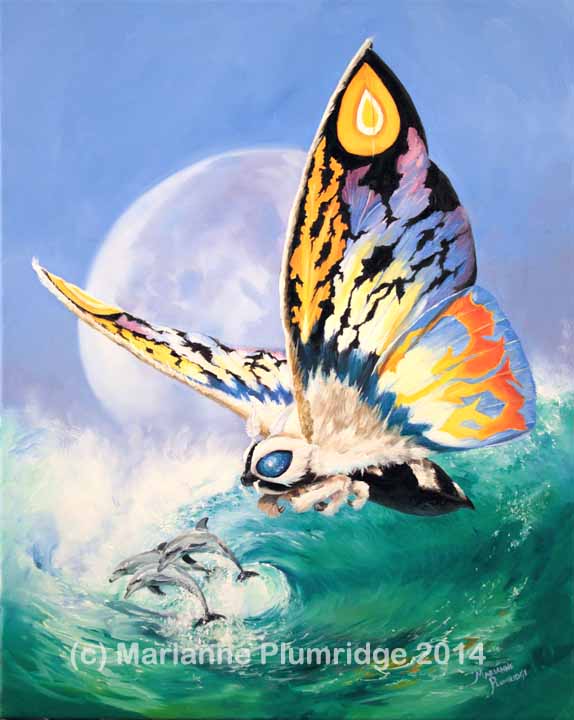 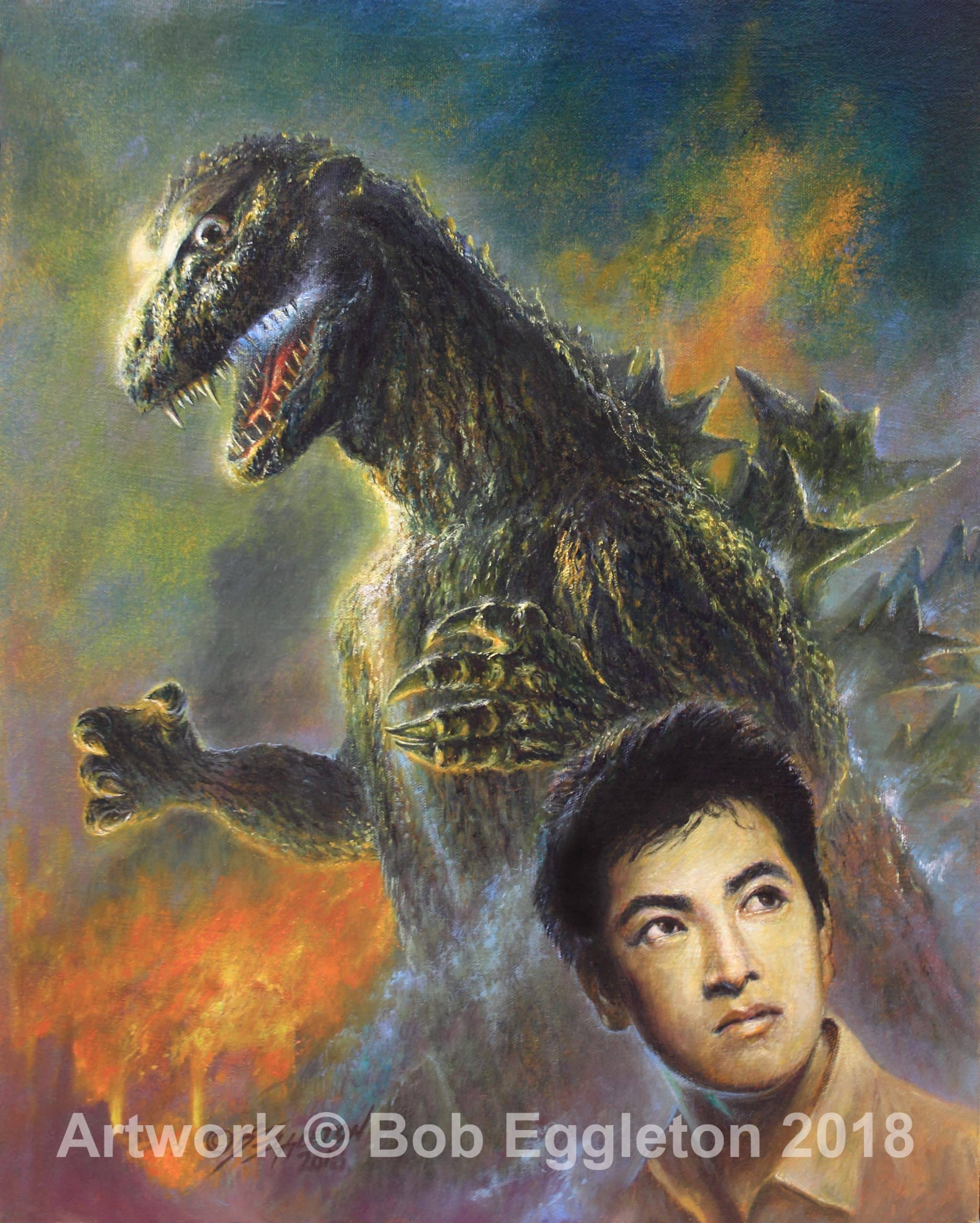 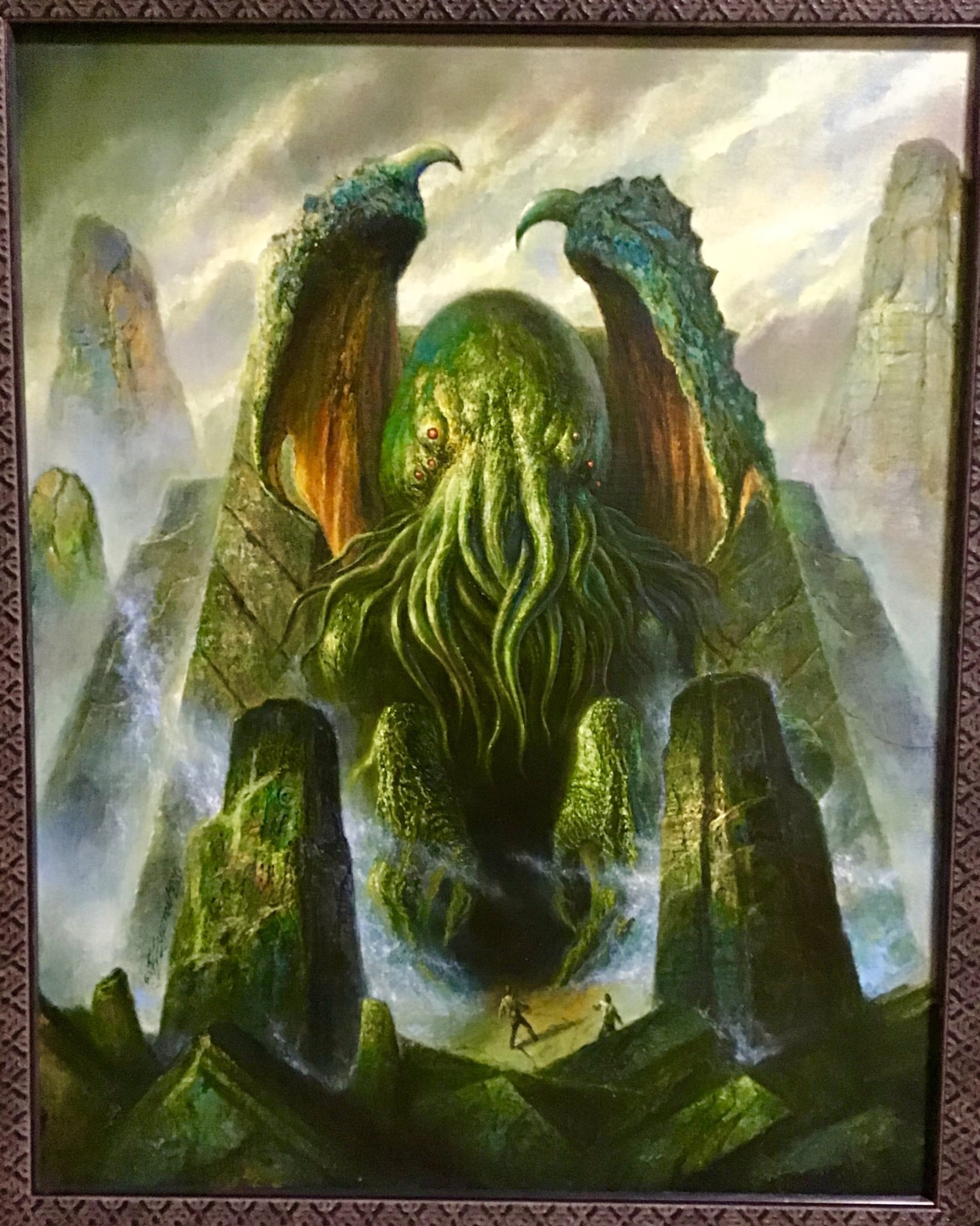 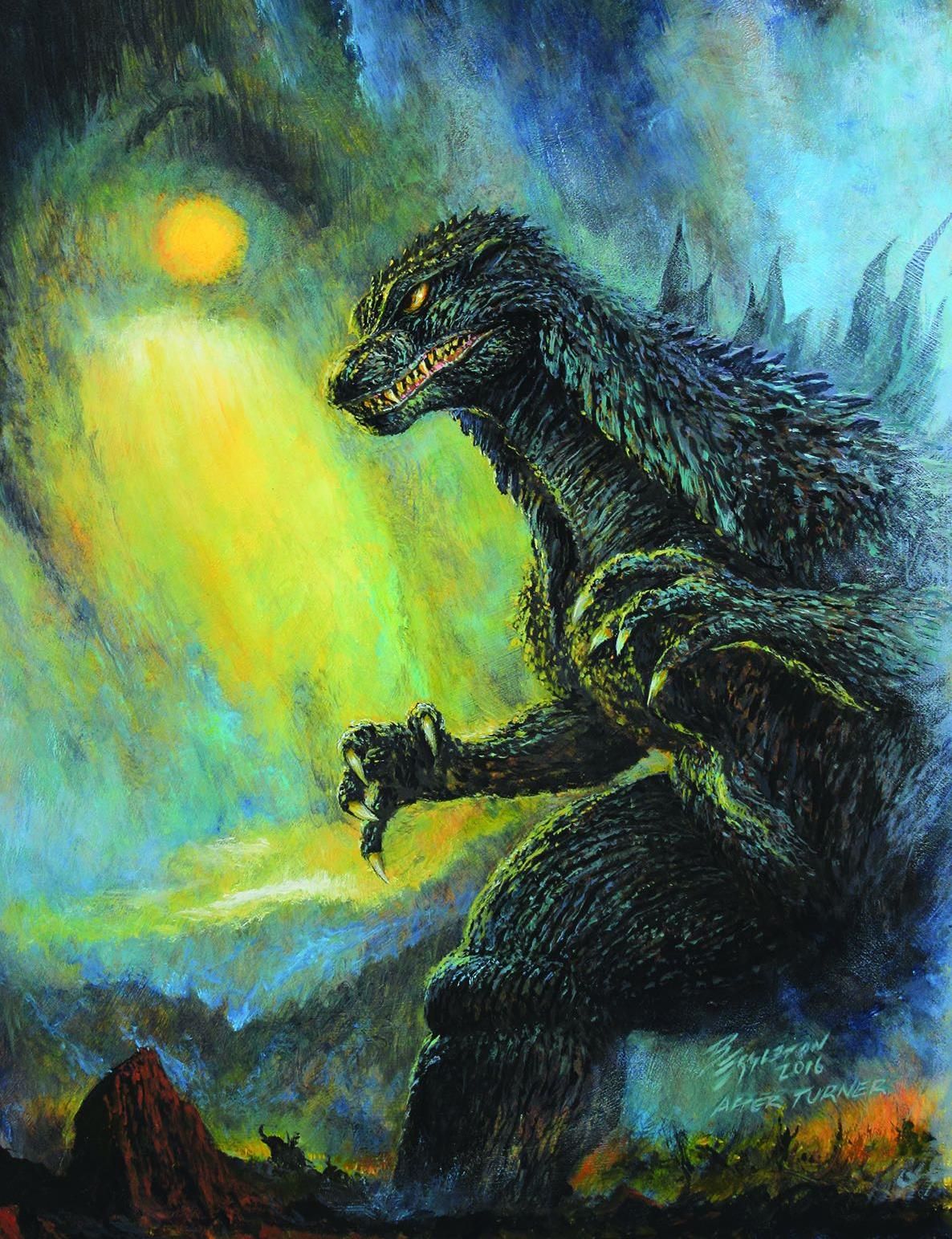 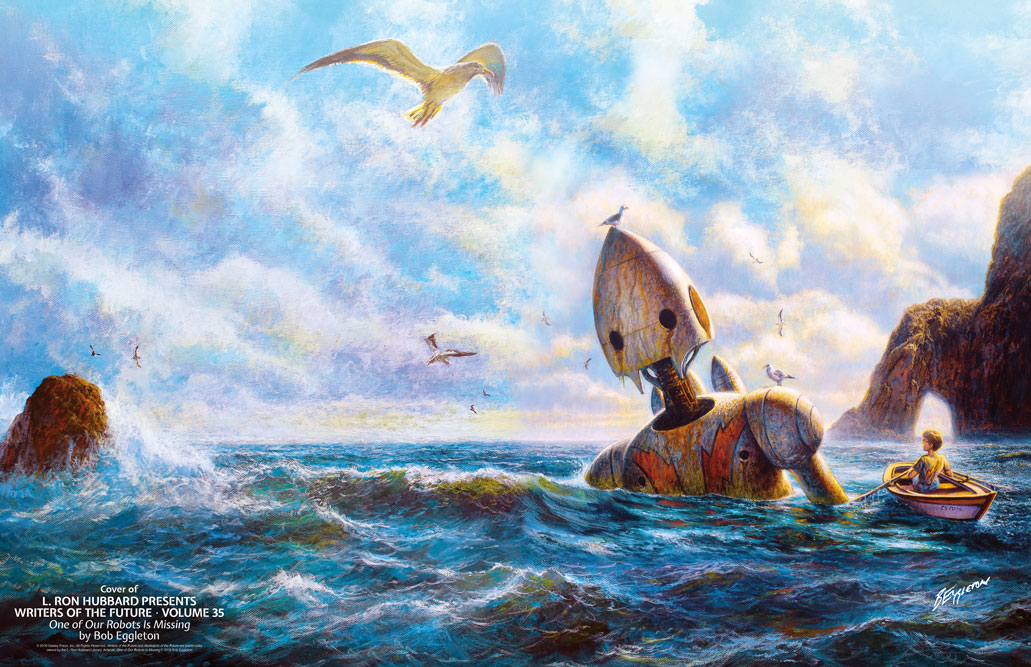 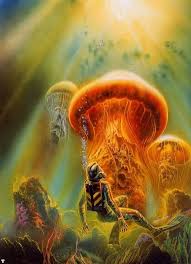 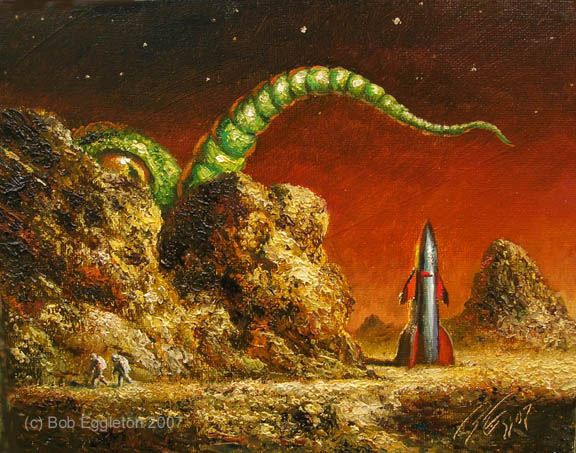 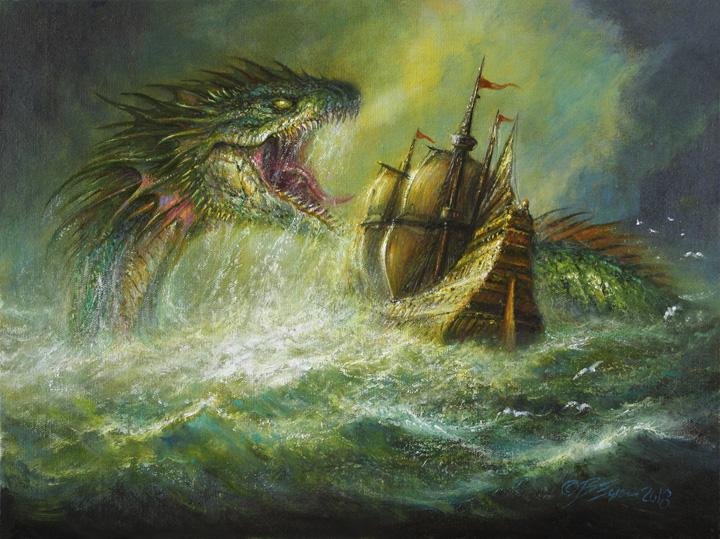 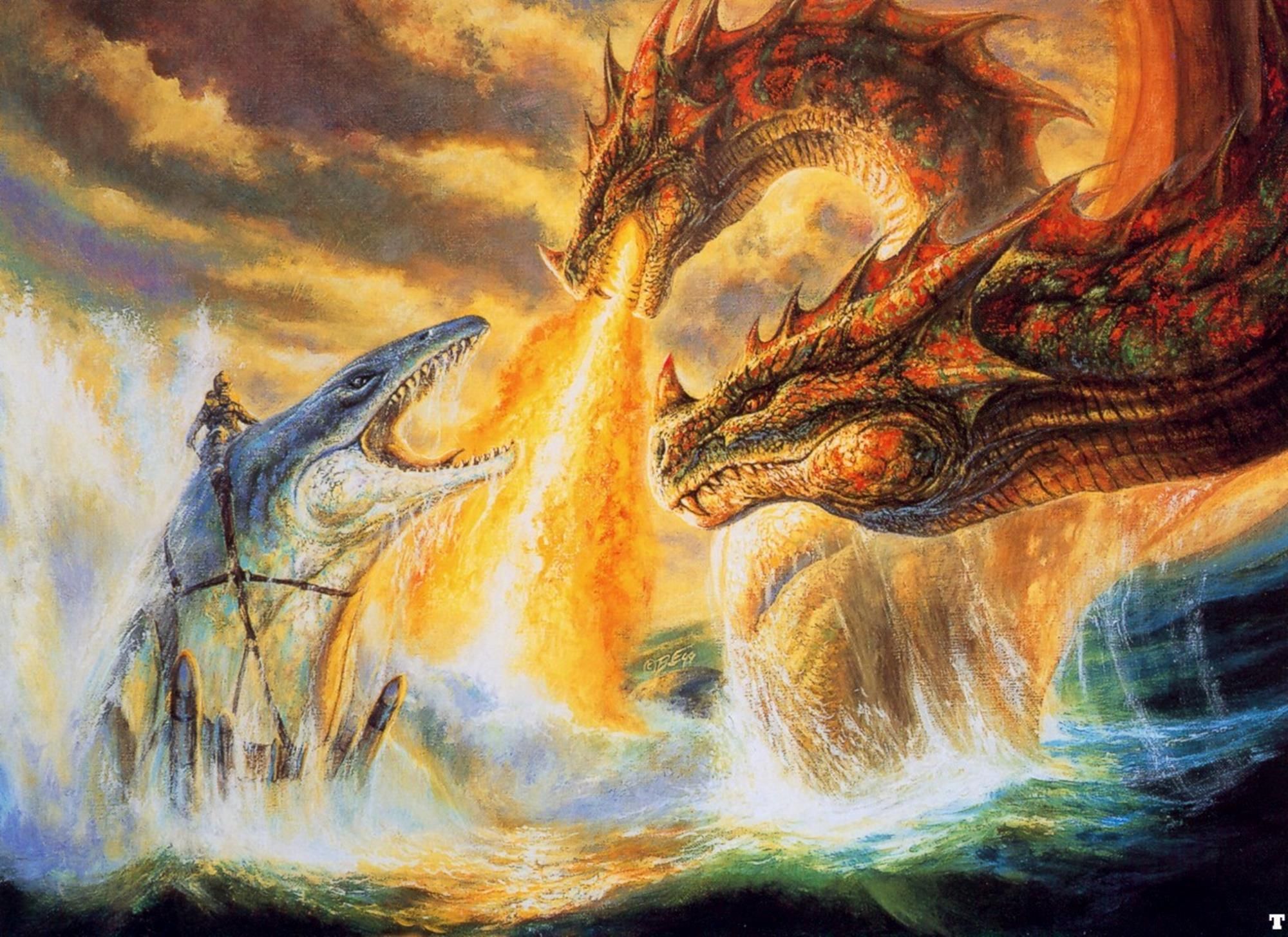 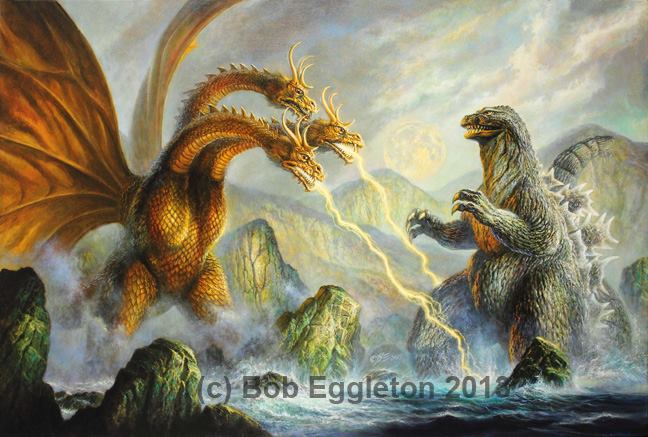