More To Be Announced 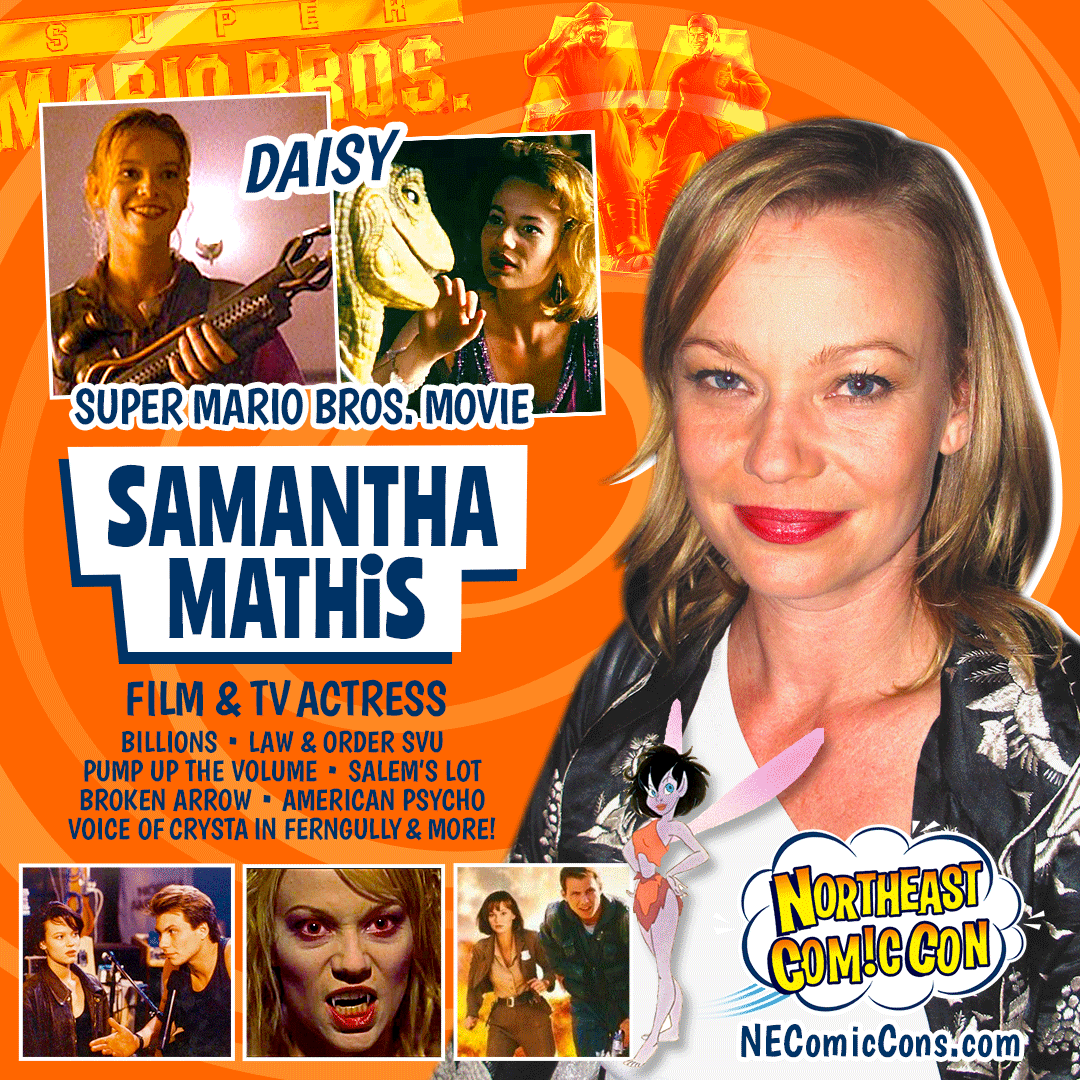 Known for her roles in hit movies like Super Mario Bros Movie, Pump Up the Volume and American Psycho, as well as her appearances on TV shows like Billions and Law & Order: Special Victims Unit, Samantha is sure to be a fan favorite at the event. Don't miss your chance to meet her in person and see her in action at the NorthEast Comic Con, taking place at the Boxboro Regency Hotel in Boxborough, MA from March 10-12, 2023. 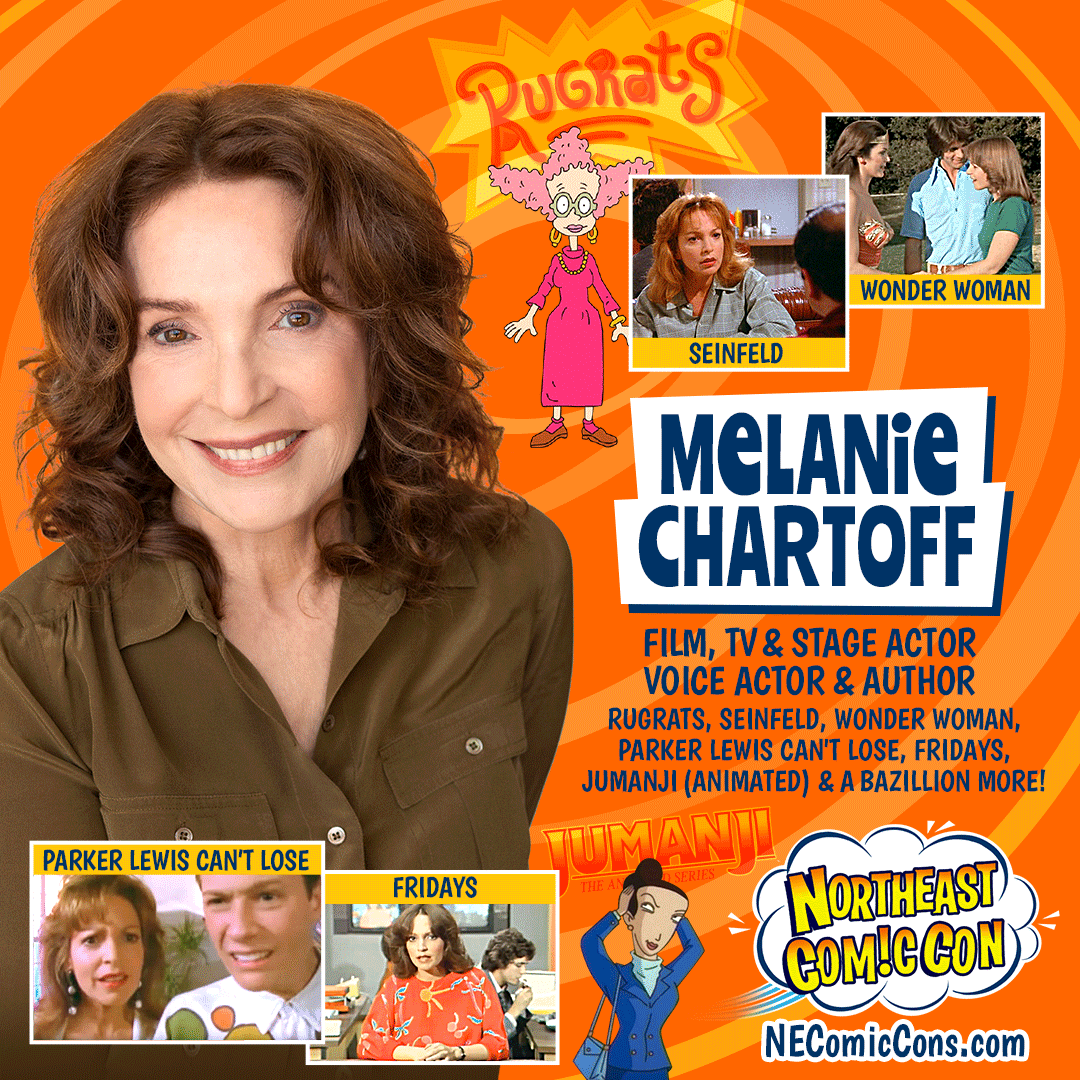 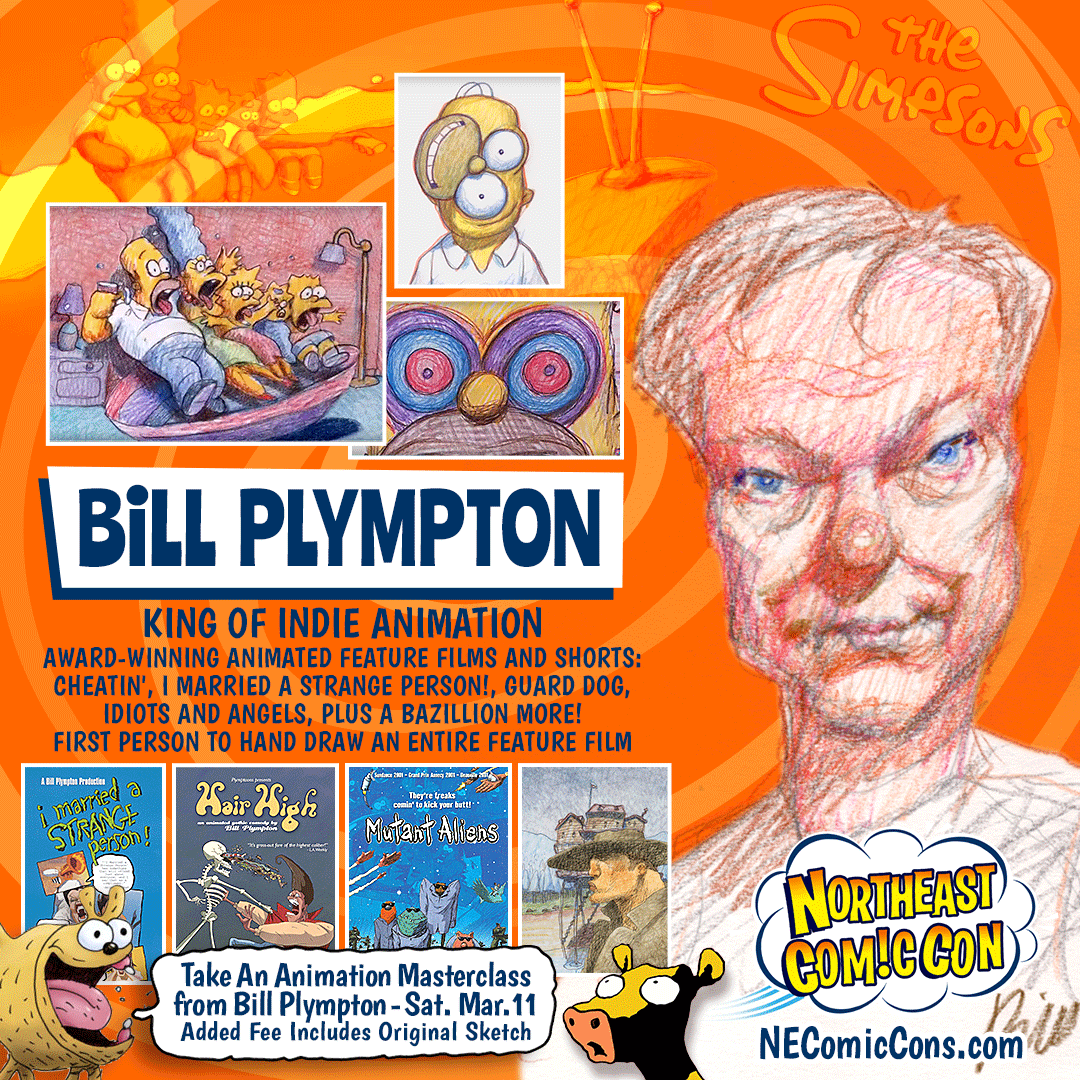 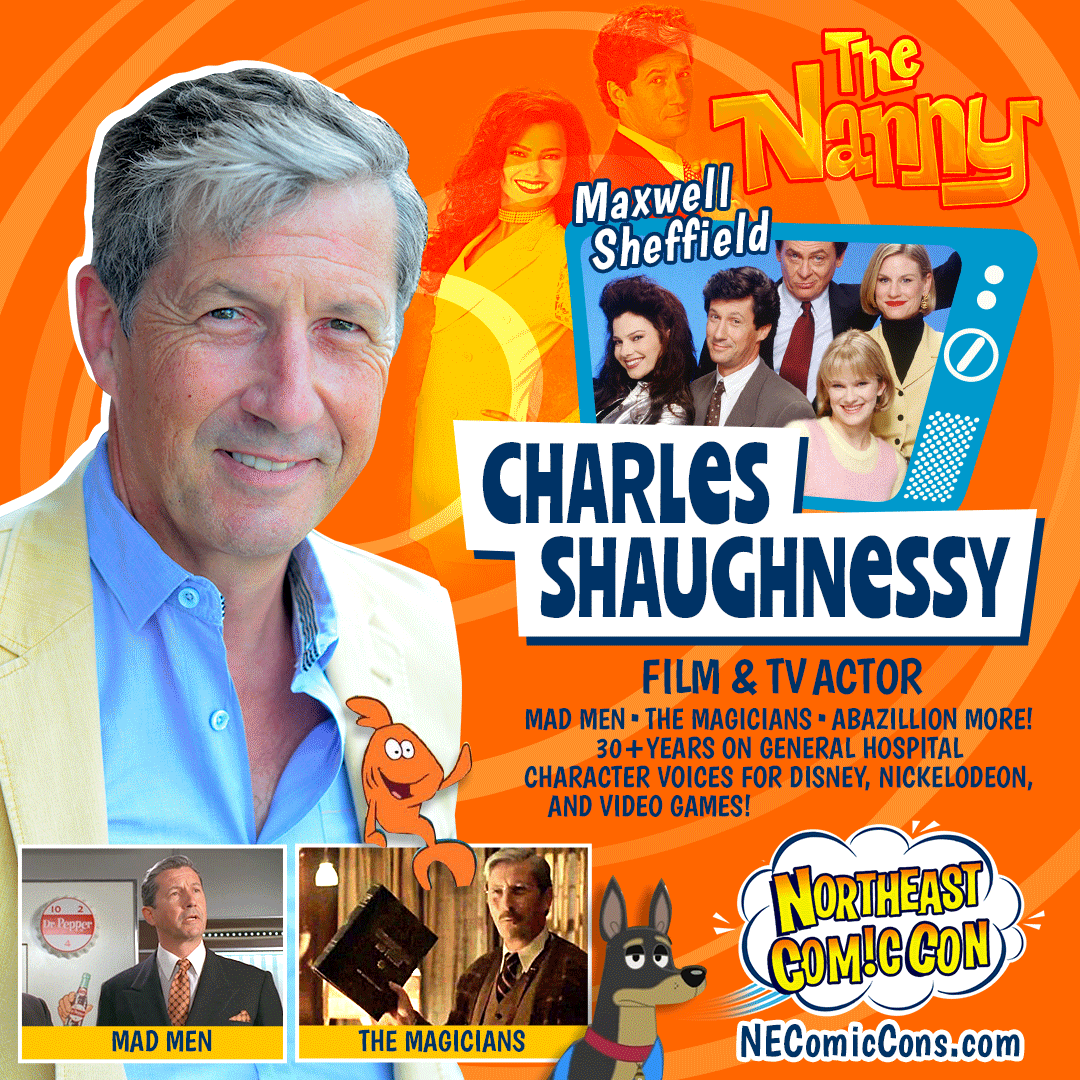 Known for his performances on "The Nanny" and in programs such as "Mad Men" and "General Hospital", along with a voice actor on "Stanley" and many others, Charles Shaughnessy has been on hundreds of TV shows and films. Charles will be meeting fans for autographs and photo ops at the at the NorthEast Comic Con, taking place at the Boxboro Regency Hotel in Boxborough, MA from March 10-12, 2023. 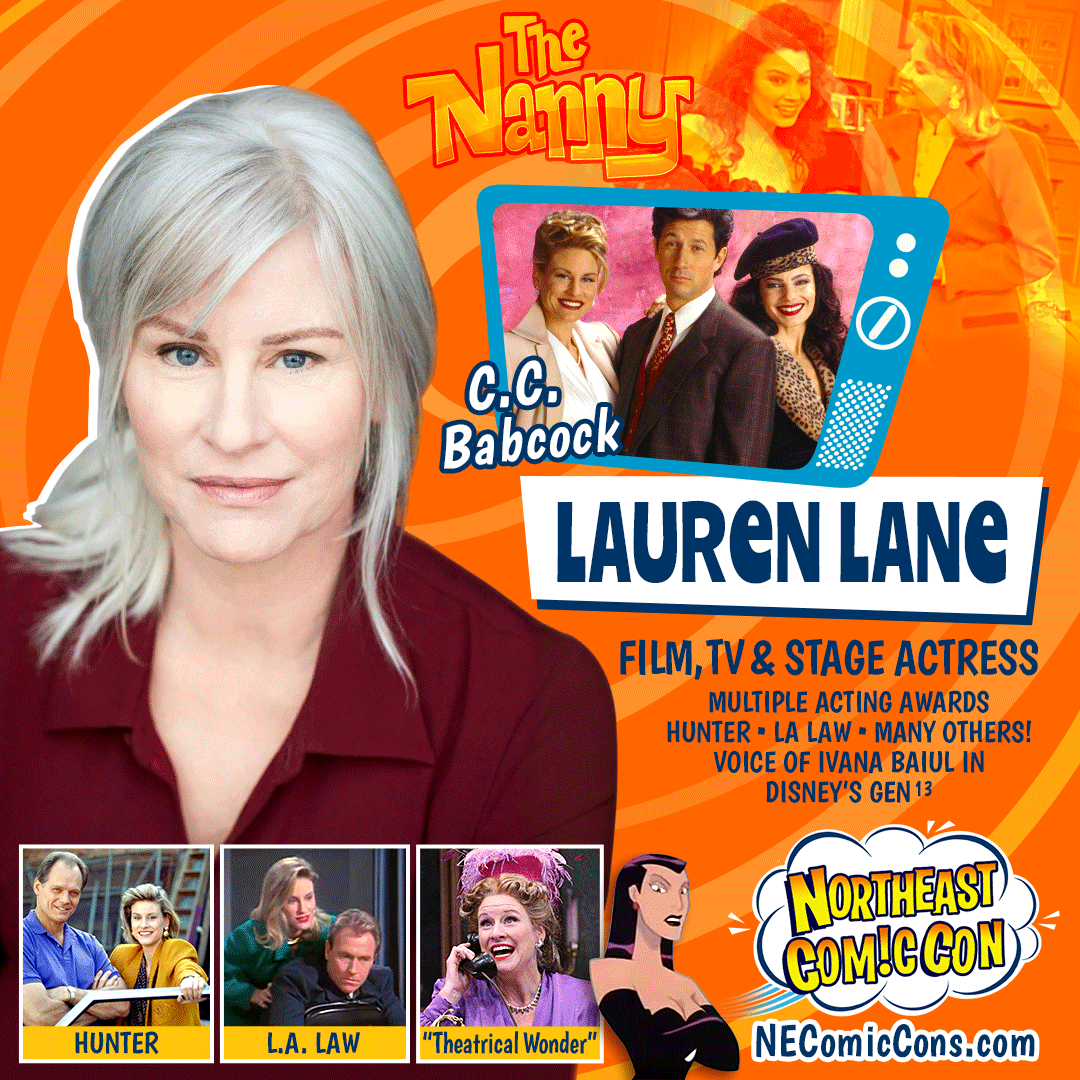 Known as C.C. Babcock on the hit comedy TV show "The Nanny" and dramas appearing on "Hunter" "LA Law" and others, Lauren will be meeting fans for autographs and photo ops at the at the NorthEast Comic Con, taking place at the Boxboro Regency Hotel in Boxborough, MA from March 10-12, 2023.

Known as the eldest daughter on the hit comedy TV show "The Nanny" and drama appearing on "Gotham", along with films such as "Beethoven" and "The Princess Diaries", Nicholle will be meeting fans for autographs and photo ops at the at the NorthEast Comic Con, taking place at the Boxboro Regency Hotel in Boxborough, MA from March 10-12, 2023. 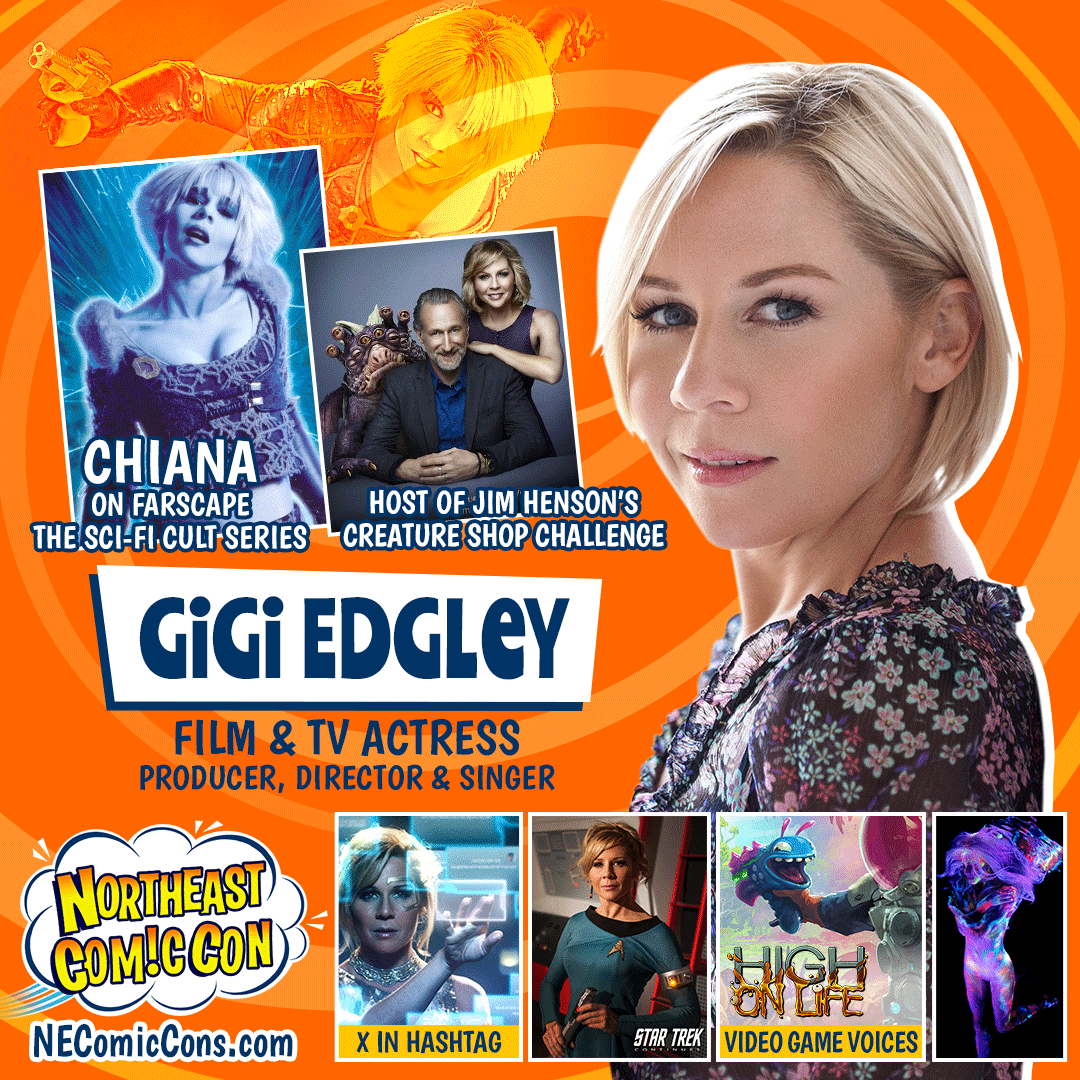 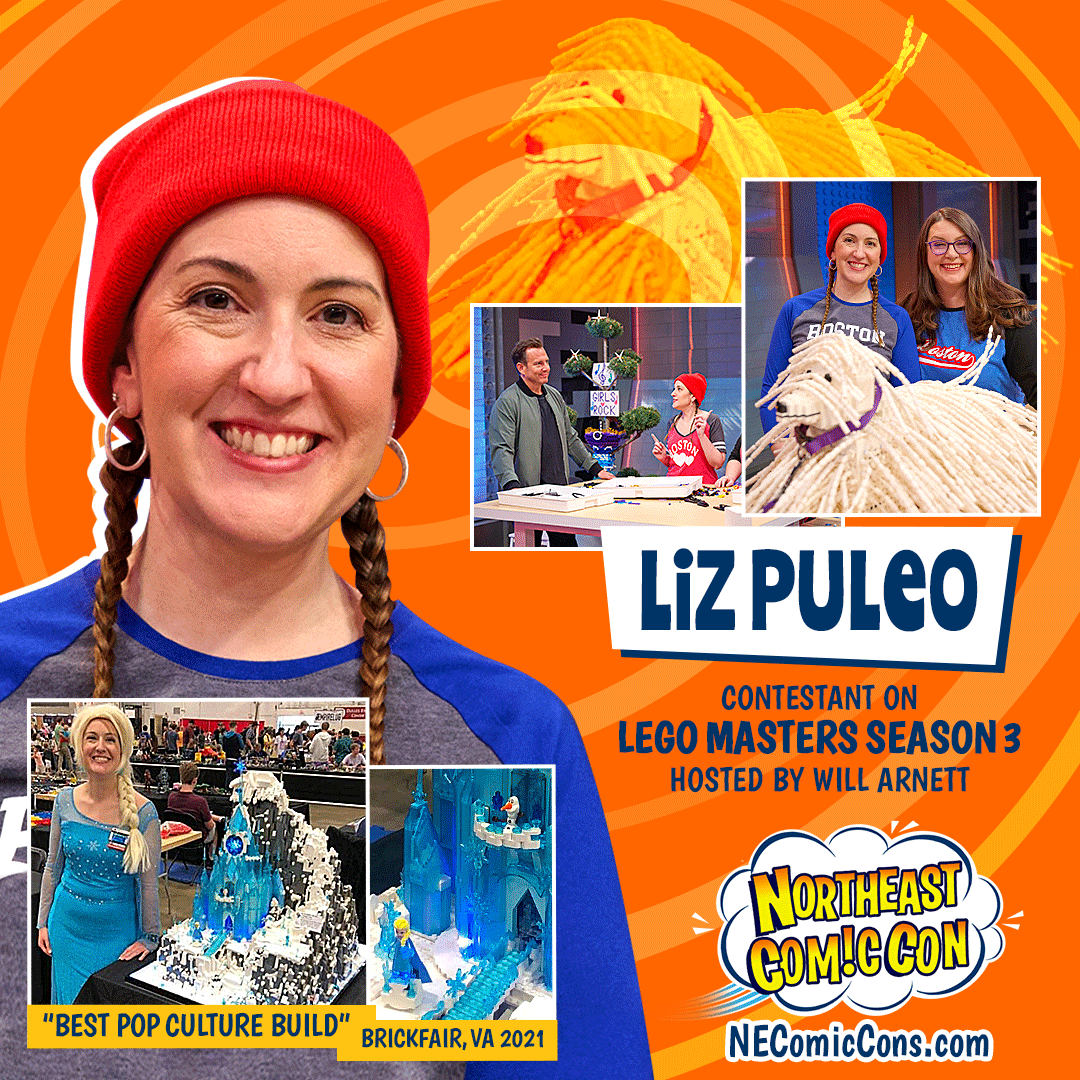 Liz Puleo was a recent contestant on the hit FOX Reality show LEGO Masters Season 3, In each episode, host and executive producer Will Arnett, alongside expert Brickmasters and LEGO employees Amy Corbett and Jamie Berard, encourage the builders, introduce incredible challenges and put their creativity and skills to the test. Liz grew up with a house full of LEGO that belonged to her brother, and it wasn't until her own children that she learned how wonderful an artistic medium it could be. Attending conventions and hanging out with other AFOLS has made her a LEGO fan for life. 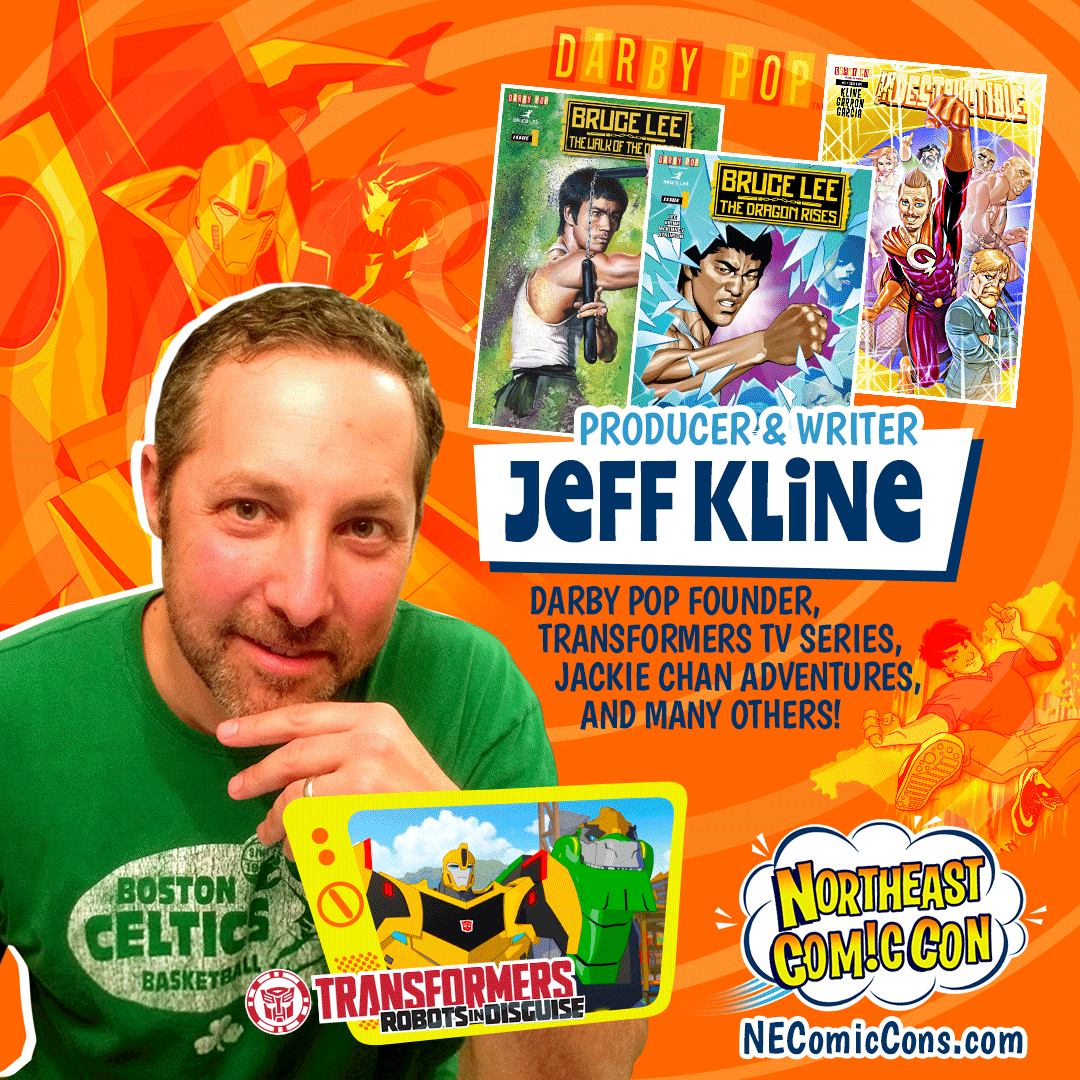 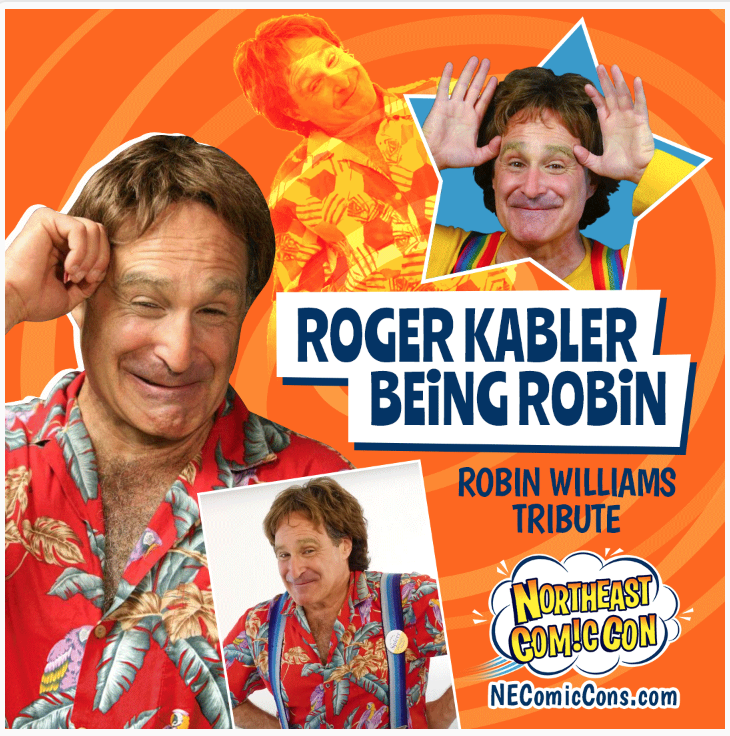 One of the country's most talented comedy impressionists, Roger Kabler, will be signing DVDs of his latest project "Being Robin" at the event. Described as "a love letter to Robin Williams" by Kabler himself, "Being Robin" tells the story of a man who believes he is possessed by the spirit of the beloved comedian. Whether he is truly at the center of a spiritual event or he is delusional, he mounts an hysterical and touching stage tribute to Williams that becomes a hit around America. Fans will have the opportunity to meet and interact with Kabler and pick up a signed DVD of "Being Robin" as a great gift, especially for people who love Robin Williams. 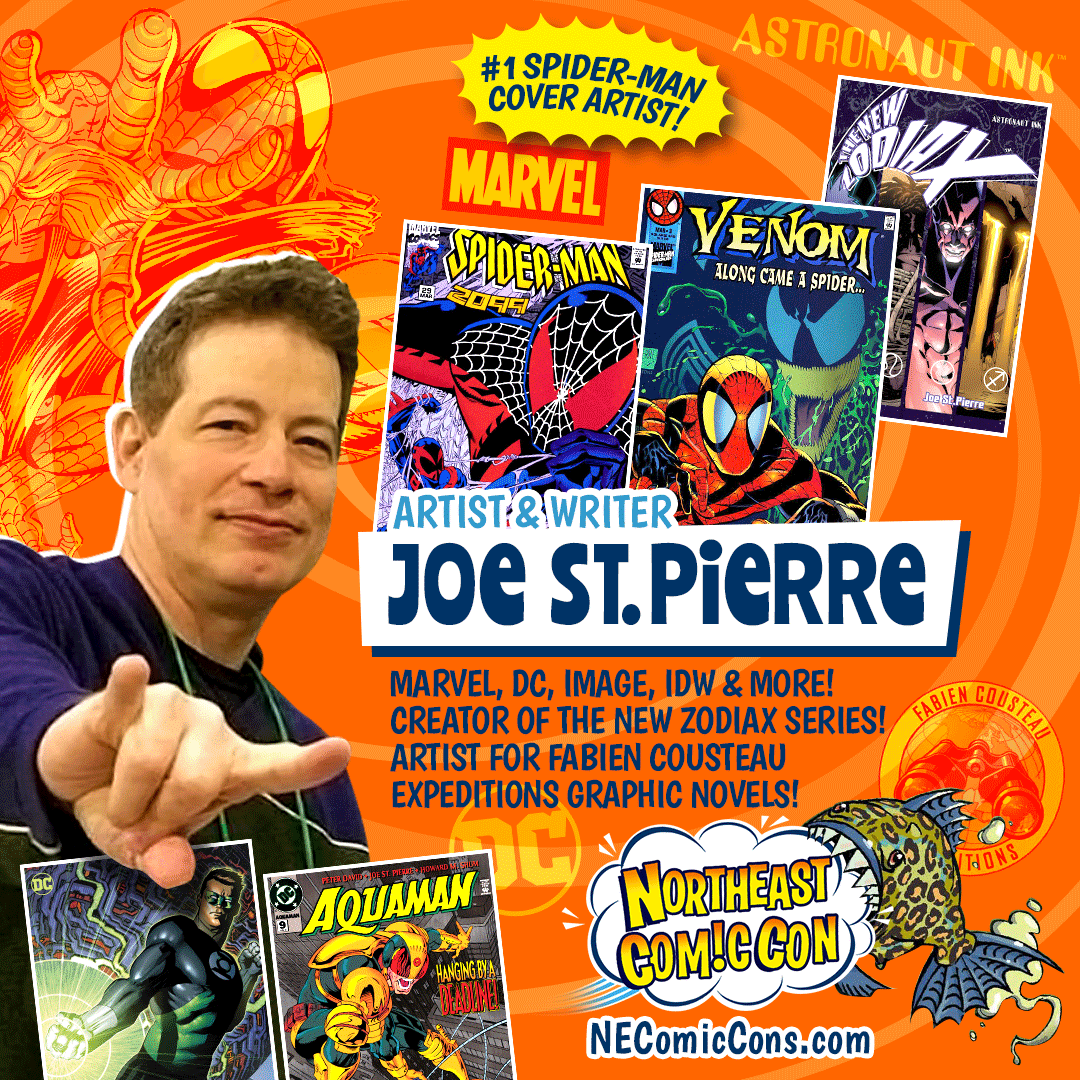 With a career spanning over two decades, Joe St.Pierre is best known for his work on the Spider-Man family covers, having penciled the most #1 issues of the series. He is also the co-creator and artist behind the “Fabien Cousteau’s Expeditions” series, including the recently released Great White Shark Comic. 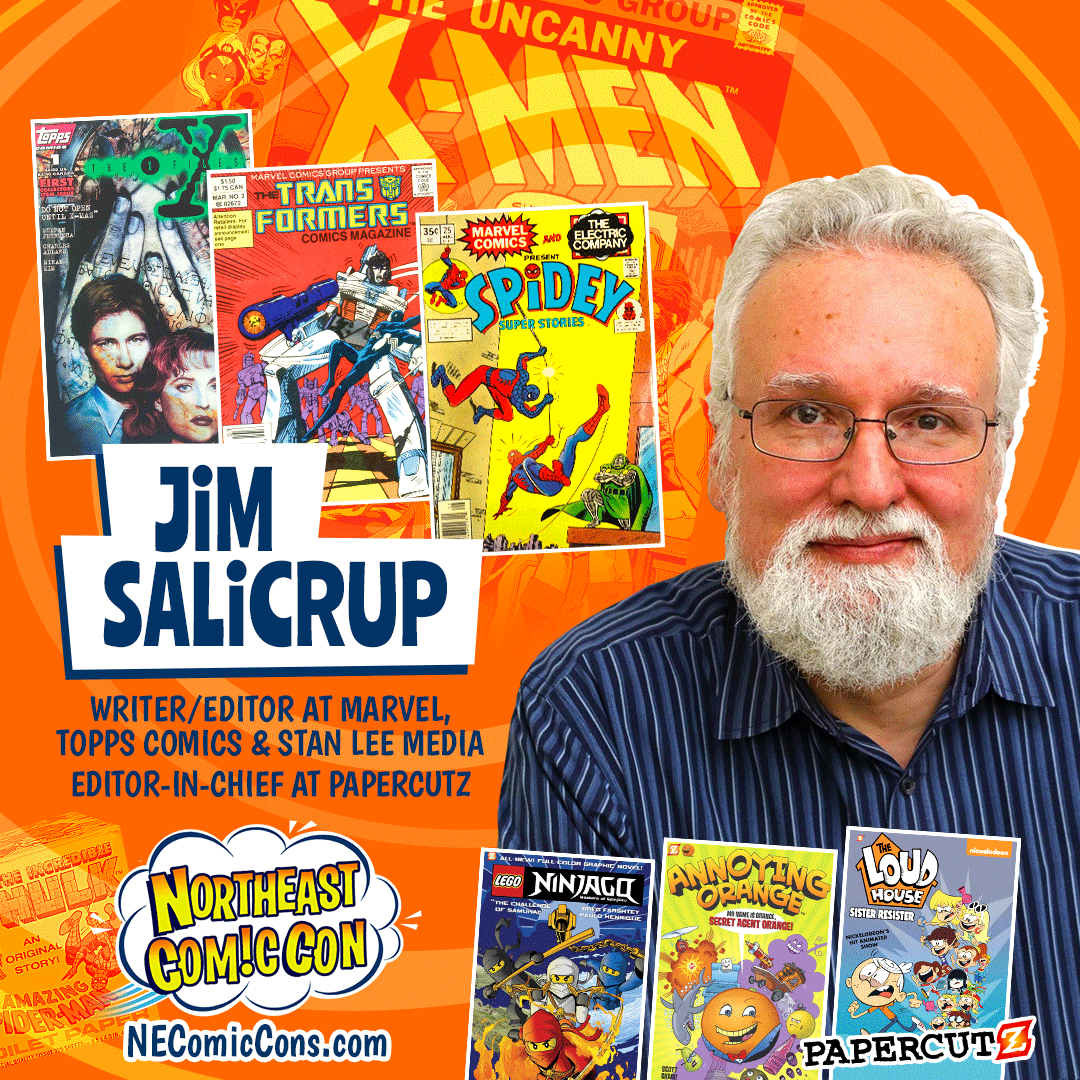 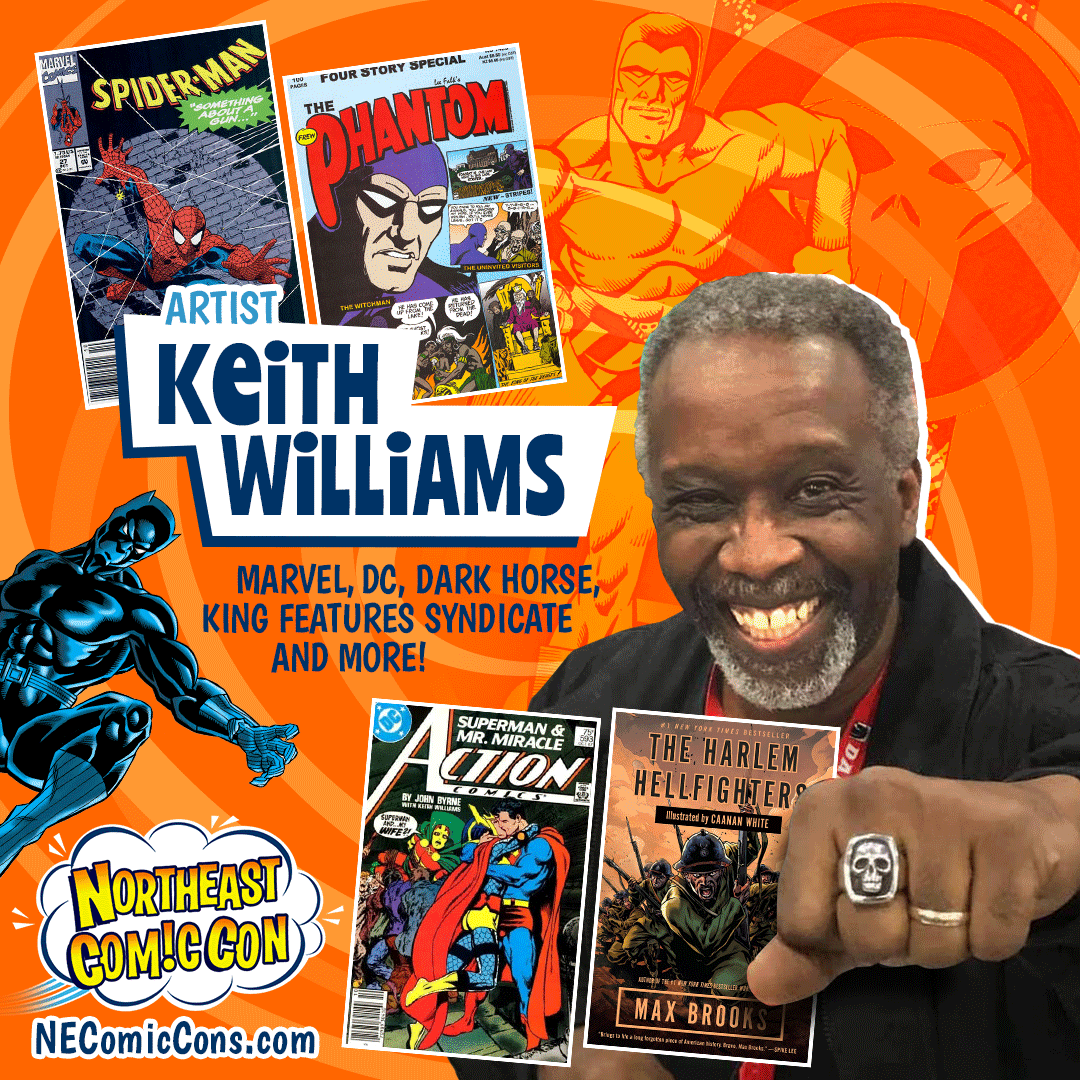 Keith Williams has had an impressive career in the comic book industry, starting out as a background inker at Marvel Comics in the early 80s, where he worked alongside some of the biggest names in the business like Joe Sinnott and Mike Esposito. He then went on to become a member of the John Romita Raider art correction group and assistant editor on the Spider-Man group of books, making him and Jim Owlsley the first all-black editorial team in Marvel’s history. With Moonstone Books, Williams has inked titles such as Kolchak, The Phantom/Captain Action, and Buckaroo Banzai (for which he also inked the movie adaptation for Marvel).

Keith Champagne's work can be found in many titles, with some of his most notable contributions being in JSA, Green Lantern Corps, and World War III. He has also written for Adolescent Radioactive Black Belt Hamsters, and has upcoming projects such as Ghostbusters for IDW Publishing and The Mighty, a creator-owned title for DC Comics, co-written with Peter Tomasi. 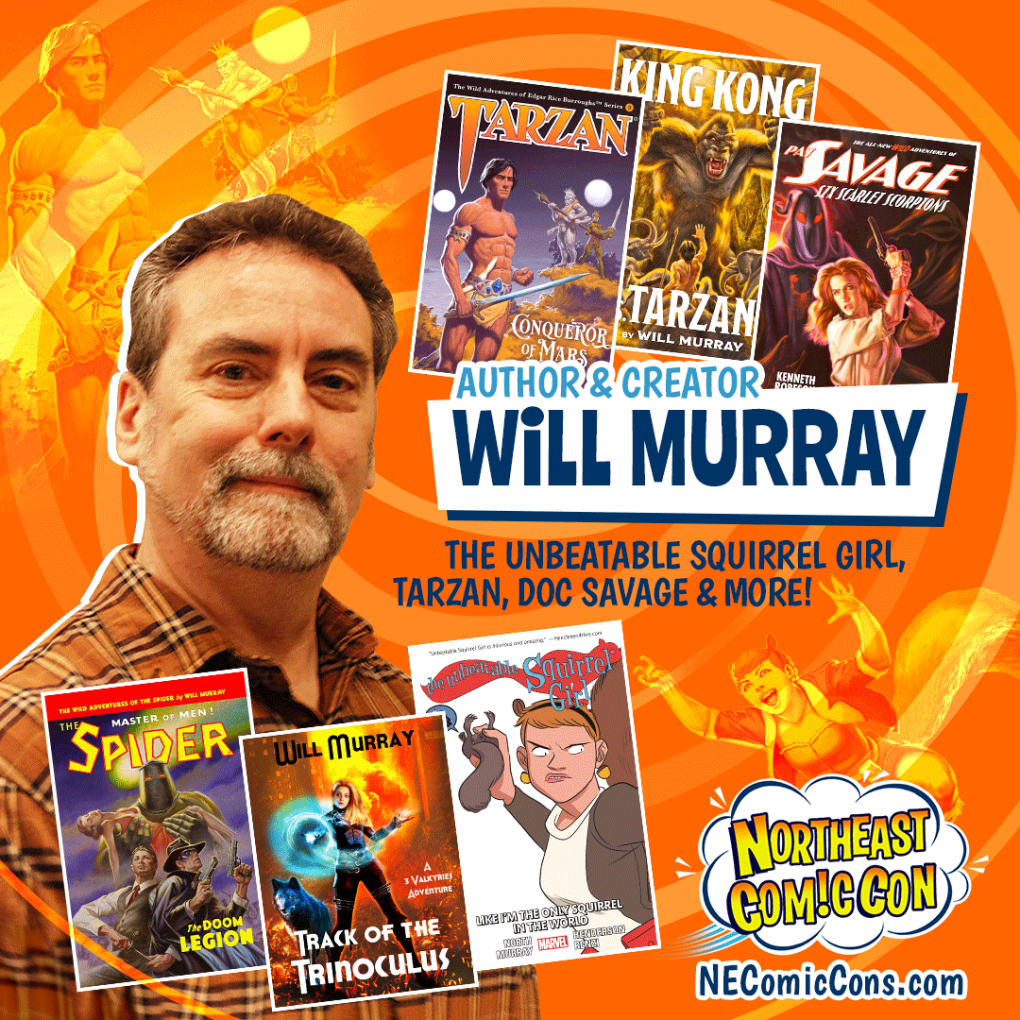 As the co-creator of the beloved superhero Squirrel Girl and a prolific writer for numerous popular series, including "Doc Savage" and "The Destroyer," Will Murray is a true icon in the world of comics and pulp fiction. 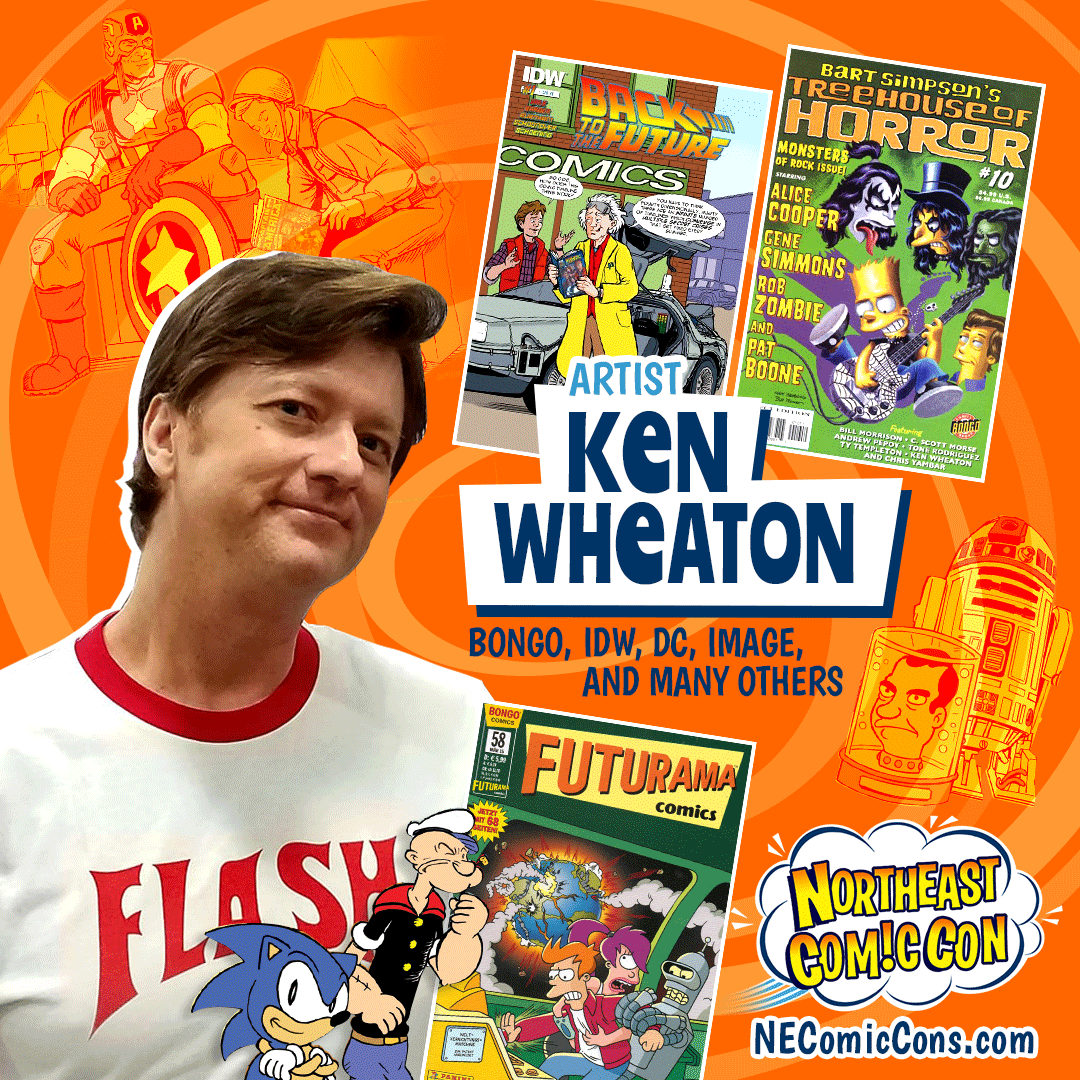 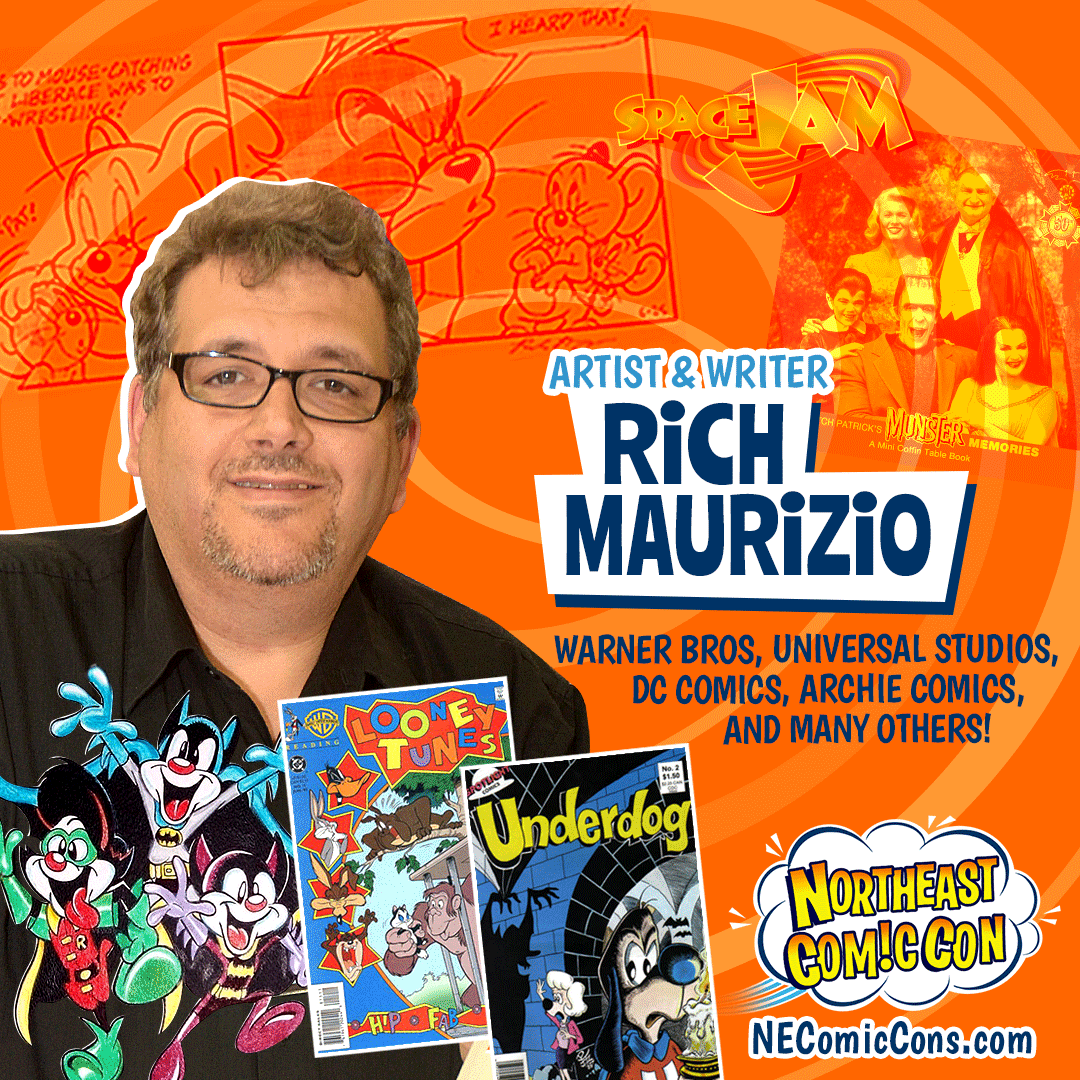 Richard Maurizio, a veteran artist with an impressive resume that includes Warner Bros, Turner Entertainment, Universal Studios, Sony Signatures, and Archie Comics, is headed to the NorthEast ComicCon & Collectibles Extravaganza on March 10-12, 2023! This multi-talented artist is known for his work on beloved cartoons such as Looney Tunes, Animaniacs, and Space Jam, as well as for his contributions to Tom & Jerry and Underdog comics. His impressive career spans over 20 years in the comic book industry and he has contributed to some of the most iconic and beloved cartoons of our time. 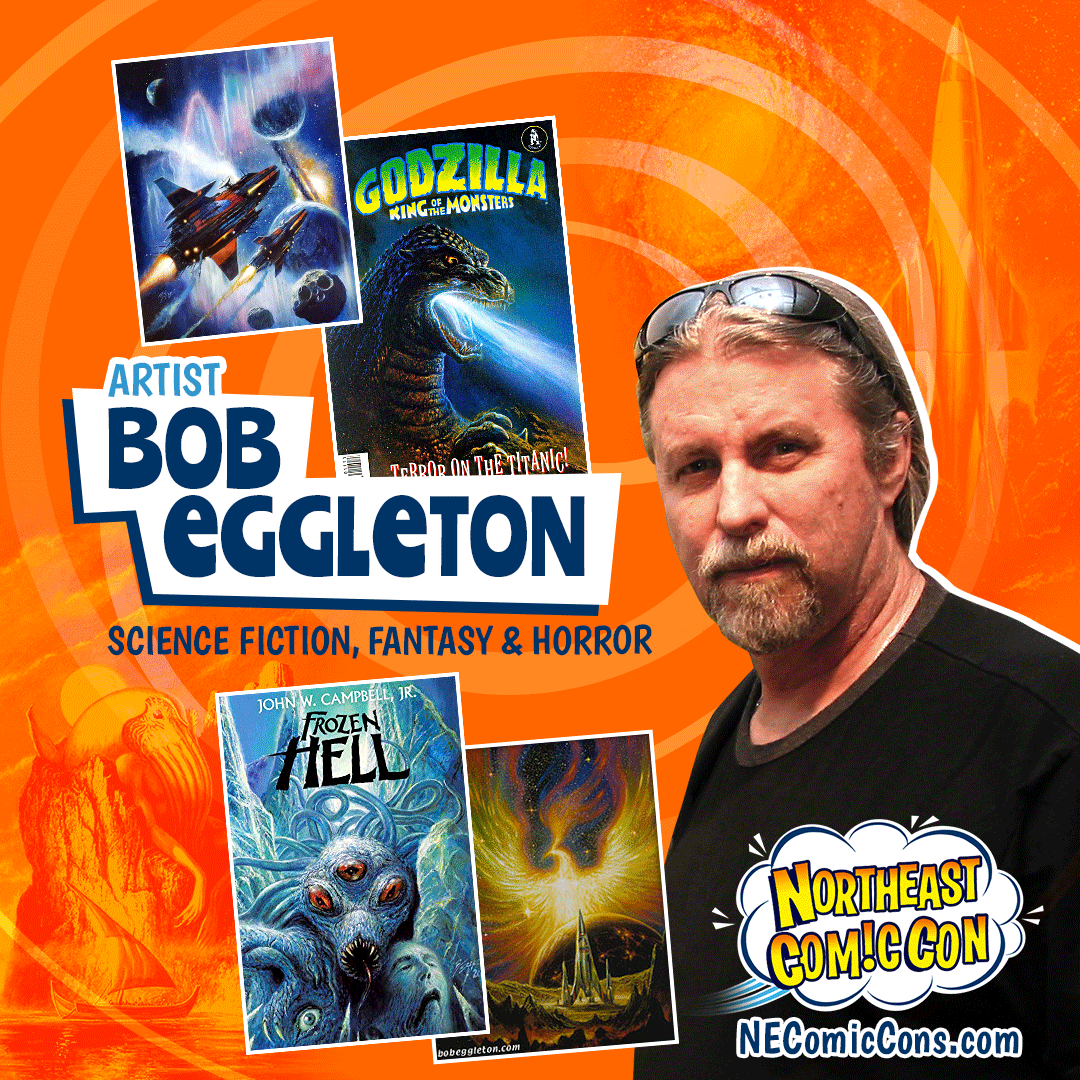 Bob Eggleton, the nine-time Hugo Award-winning artist, is coming to the NorthEast ComicCon & Collectibles Extravaganza in Boxborough, MA on March 10-12, 2022. Not only will you get the chance to meet this talented artist in person, but you’ll also have the opportunity to purchase some of his incredible artwork. Eggleton’s work spans a wide range of genres, from dinosaurs and prehistoric life to dragons and fantasy creatures to giant monsters like Godzilla. He’s even illustrated cards for the Magic: The Gathering collectible card game. Plus, he’s worked on film concept art for movies like “Jimmy Neutron” and “The Ant Bully.” 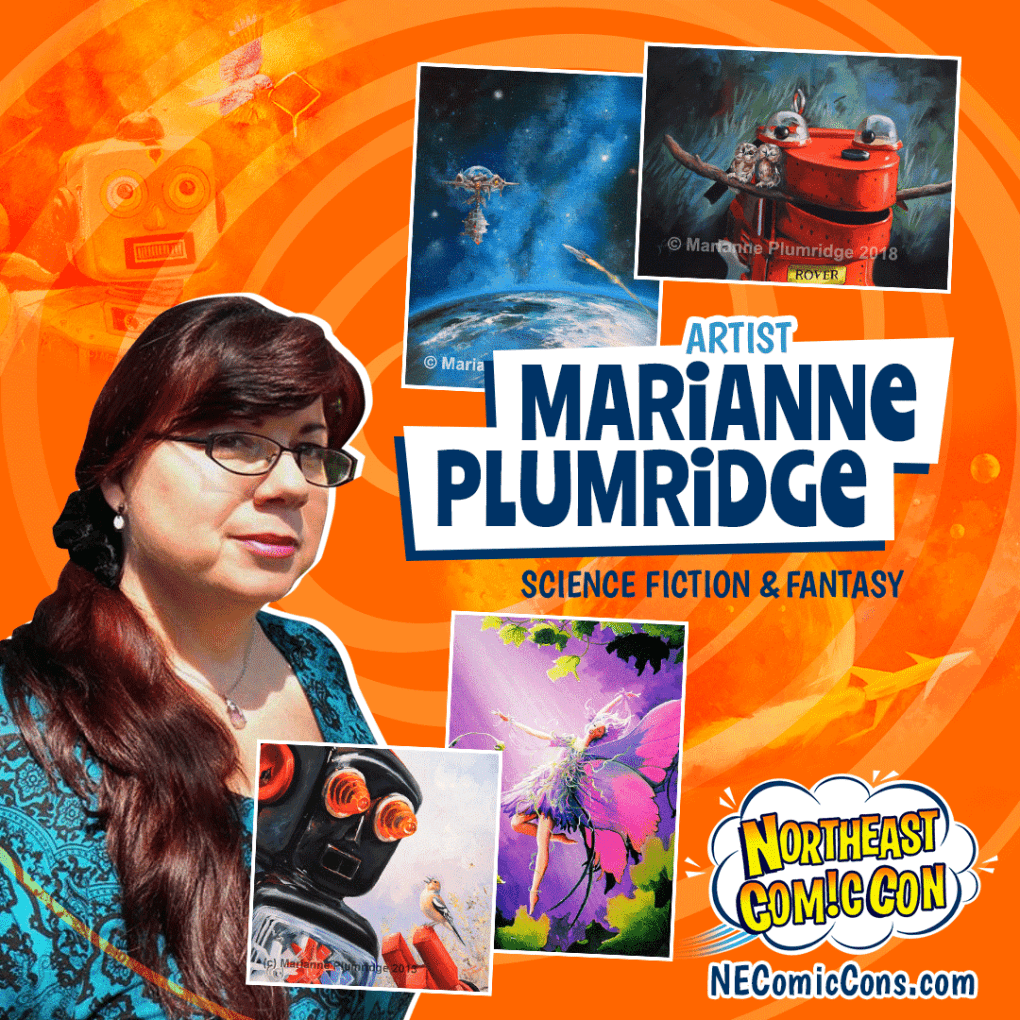 Marianne Plumridge is known for her unique blend of nature and technology in her artwork, as well as her interest in figurative works and portraits, Plumridge will be debuting new original pieces, prints, and books, and offering commissions at the event. 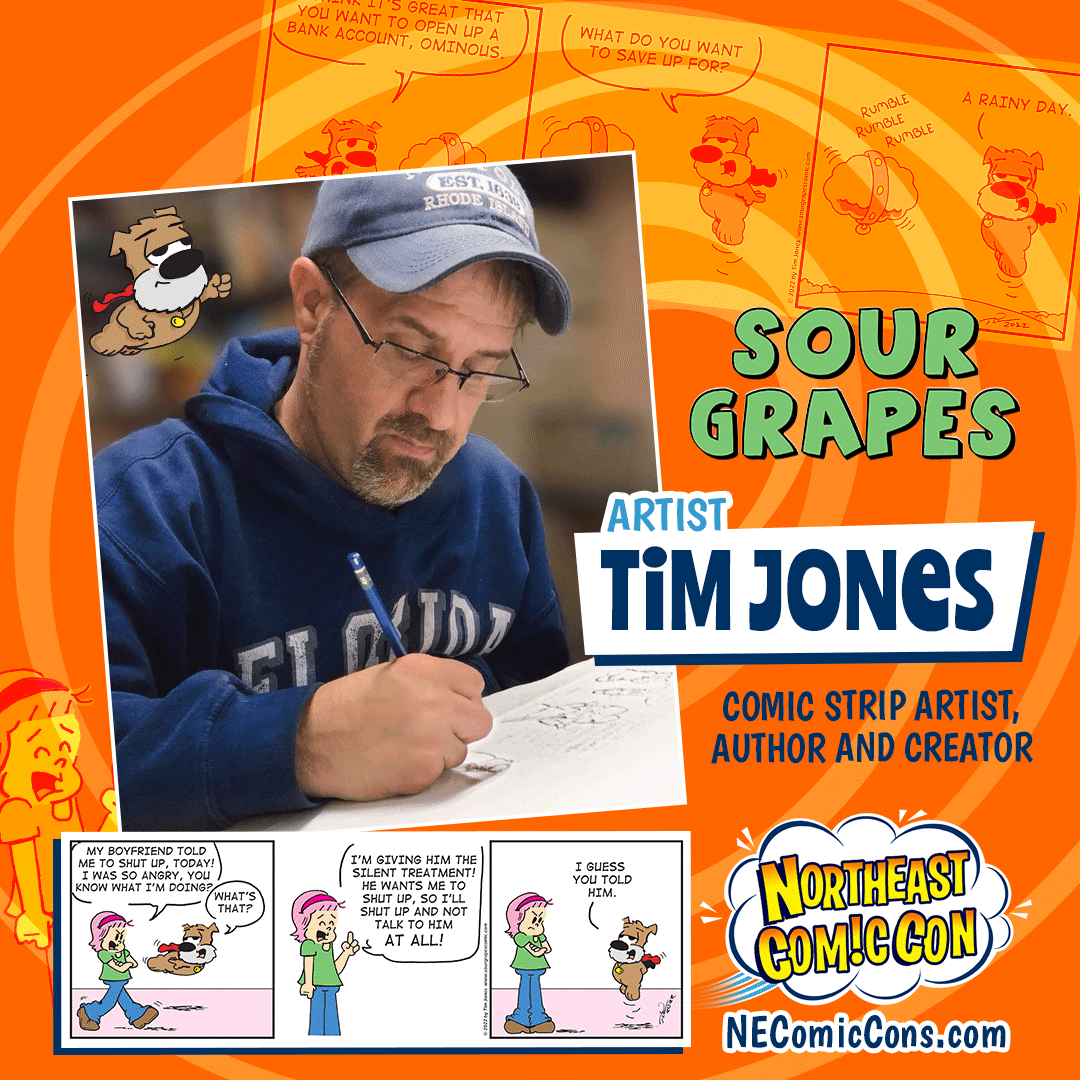 For those who may not be familiar with Tim Jones and his work, "SOUR GRAPES" is a comic strip about "Aesop," a miserable-flying dog; his pet cloud, "Ominous," and his odd family, all living in a problematic and troubled world. The strip, which originally started as a hobby for Tim while working as a graphic designer, quickly gained a cult following and has since been picked up by newspapers and online publications across the country. 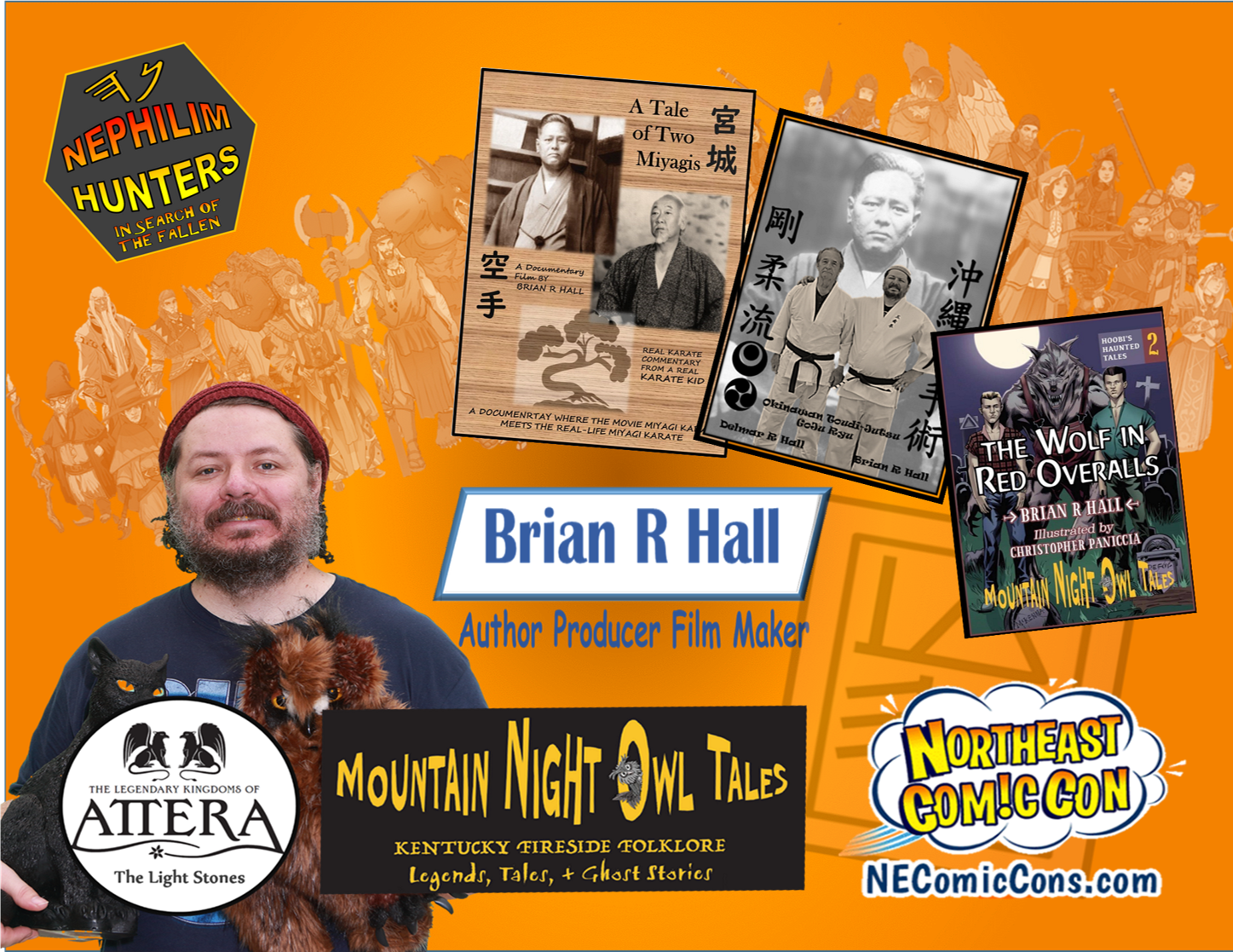 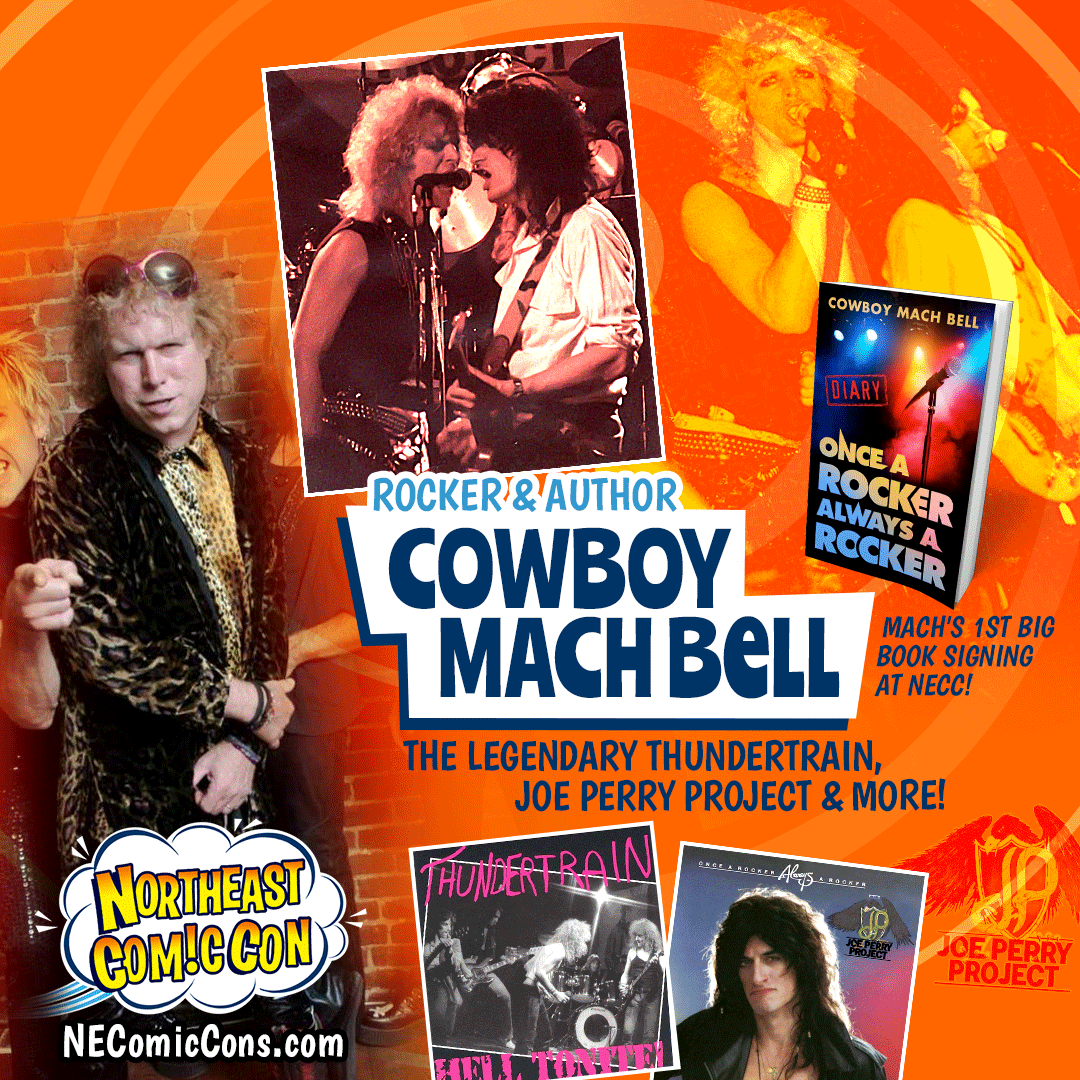 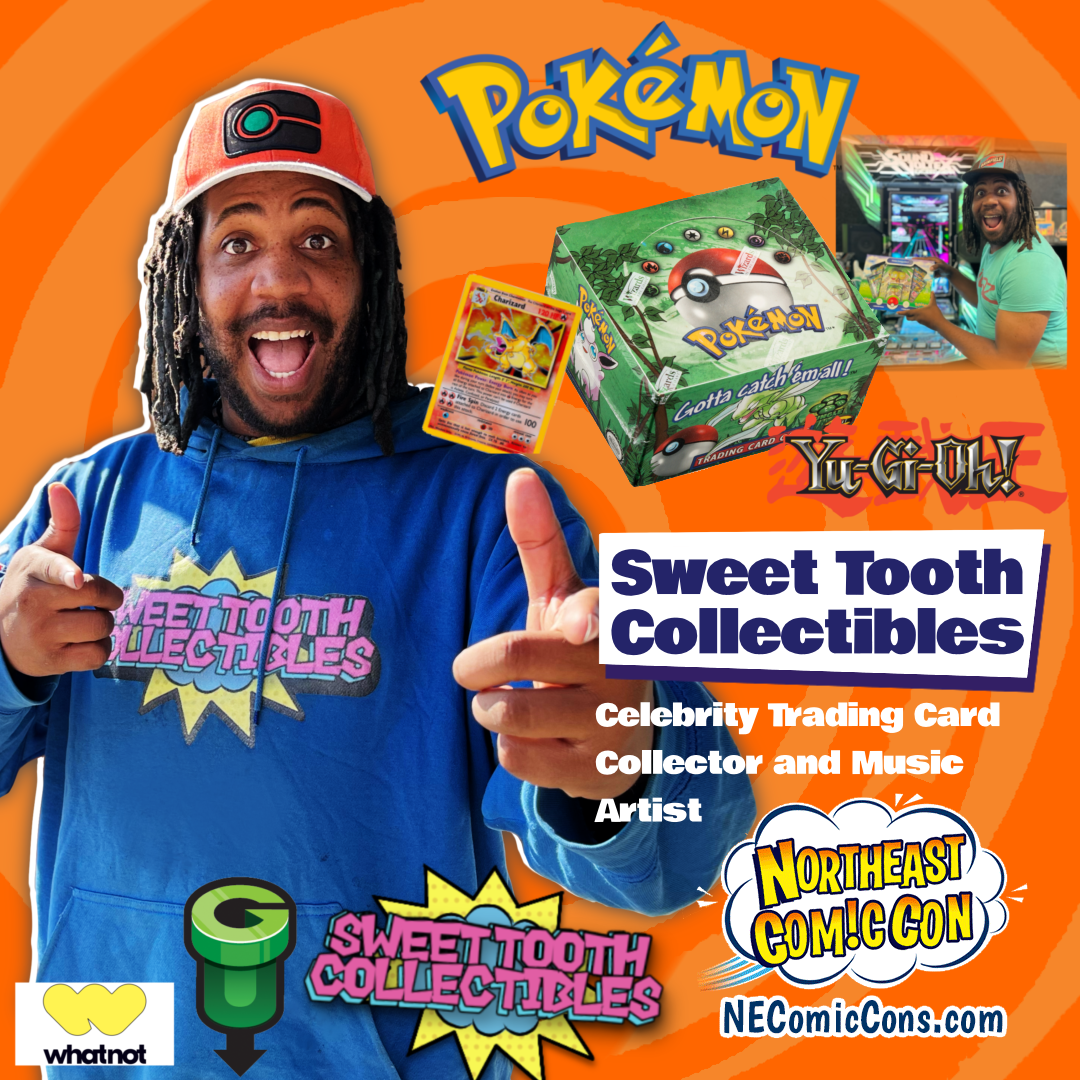