With the success of the TV program The Masked Singer, and with cosplay itself becoming an influential art form, long before the word cosplay was even coined, Eric Bornstein was creating masks and puppets for theatre, dance, opera, parades, gallery exhibits, corporate events, rallies, protests, masquerades, and private commissions. Award-winning Behind the Mask Studio was founded by Eric in 1990, and specializes in mask theater programs, corporate event planning, arts education, custom made masks, puppets, and costumes. Story-telling artistic tools, and museum-quality works of art, Eric’s masks deliver a wide array of interesting accoutrements for the costumed connoisseur, along with valuable education for young people. Eric will be appearing March 13-15 at the NorthEast ComicCon & Collectibles Extravaganza at the Boxboro Regency Hotel & Conference Center in Boxborough MA.

He won a 2016 Fullbright award for his groundbreaking work (10 giant effigy masks) for the Jamaican Ministry of Arts and an IRNE award for his mask and puppetry work (17 pieces!) for Company One’s Shockheaded Peter. These included a wide variety of pieces built in his unusual aesthetic, from a diminutive infant puppet to a giant 10’ high puppet with 20’ arms and giant hands. Eric has also worked with Epic Fortnite and Bethesda Softworks creating 3D masks, costumes, and events to promote their last 5 video games, including Dishonored, Skyrim/Elder Scrolls, and The Evil Within. One highlight was having his masks shown at a major international video game event at Versailles in Paris. Several years ago he made 3 giant puppet heads representing Jay-Z, Lil Wayne, and Kanye West for an award-winning hip-hop video produced in Atlanta. Eric was part of the team that won an award for Excellence in Production Design at the New York Musical Theatre Festival 2012 for his masks in Le Cabaret Grimm. Among his outstanding works for Boston venues are masks for the Boston Ballet’s Nutcracker and Boston Lyric Opera’s Madama Butterfly.

Behind the Mask creations were a highlight of Boston’s First Night celebration for 15 years. His masks have also appeared at the Museum of Fine Arts Boston, the Isabella Stewart Gardener Museum, the Fuller Craft Museum, the Kennedy Library/Museum, the Society of Arts & Crafts (Newbury Street), The Peabody/Essex Museum, King Richard’s Faire, and Revels.

Eric’s interest in masks began after college, when he got involved with a variety of studio and performing-arts activities, which included illustrative graphic arts, large-scale portrait drawing, abstract painting, sculpture, dance and theater, as well as his personal interest in reading international folklore, fairy tales, and mythology. In the early 80’s, he was increasingly drawn to work with local dance and theatrical productions that included masks, and even made a moon mask for the Boston Ballet.

By the mid-’80s Eric Bornstein had stopped dancing and began to focus on mask work more exclusively. In 1986 he traveled to Southeast Asia and studied mask making with master carver Agung Suardana in Mas, Bali and in 1990, established Behind The Mask Theatre, presenting original dance pieces and a theater pieces, and continuing to design and build masks for outside groups, He began adapting fairy & folk tales into original mask theater, developing pieces like Once Upon a Time with local band Dreamchild, which was performed for a season at King Richard’s Faire.

After returning from training in Italy with renowned mask maker Donato Sartori, Eric wrote and designed Masks of Odysseus. Later, winning grants to create Asian-themed pieces, Cat Mountain and Monkey King Tales he has since explored other multi-cultural themes, including works based on Zapotec and Venetian themes, and Liondancer: How Laughing Buddha Saved Chinese New Year, which explores the origins of Chinese New Year along with having produced a Commedia-inspired piece, Capitano’s Delight, among many others. He is currently involved in a new Commedia-inspired version of Pinocchio.

His enduring interest in masks stems from the power of important stories, the combination of skills and collaborations that open up during the creative process, and the experience of masks presenting an inexhaustible source of inspiration.

He currently teaches classes in making and performing masks, and offers performances and residencies to schools throughout New England with Young Audiences of Massachusetts. Over the last 30 years Eric’s masked characters have been the subject of numerous media features. Local, national, and international media have described Eric as :Boston’s preeminent mask maker”…”a man of many talents,” and his masks as “phantasmagoric.” magnificent,” “stunning, finely crafted…first rate,” “eerie/enchanting,” “magnificent,” “masterful,” “outstanding,” and “gorgeous.”

Meet Eric Bornstein all weekend as he shows and tells about the fine art of mask making.  Eric will have masks for sale.

The NorthEast ComicCon & Collectibles Extravaganza is a cost effective event for families with children 10 and under admitted free with supervising adult, free parking and admission as low as $10.  Collectibles vendors, comic artists, celebrity guests, cosplay, comedy, concerts, video games and lots of fun activities for all ages are included in admission. 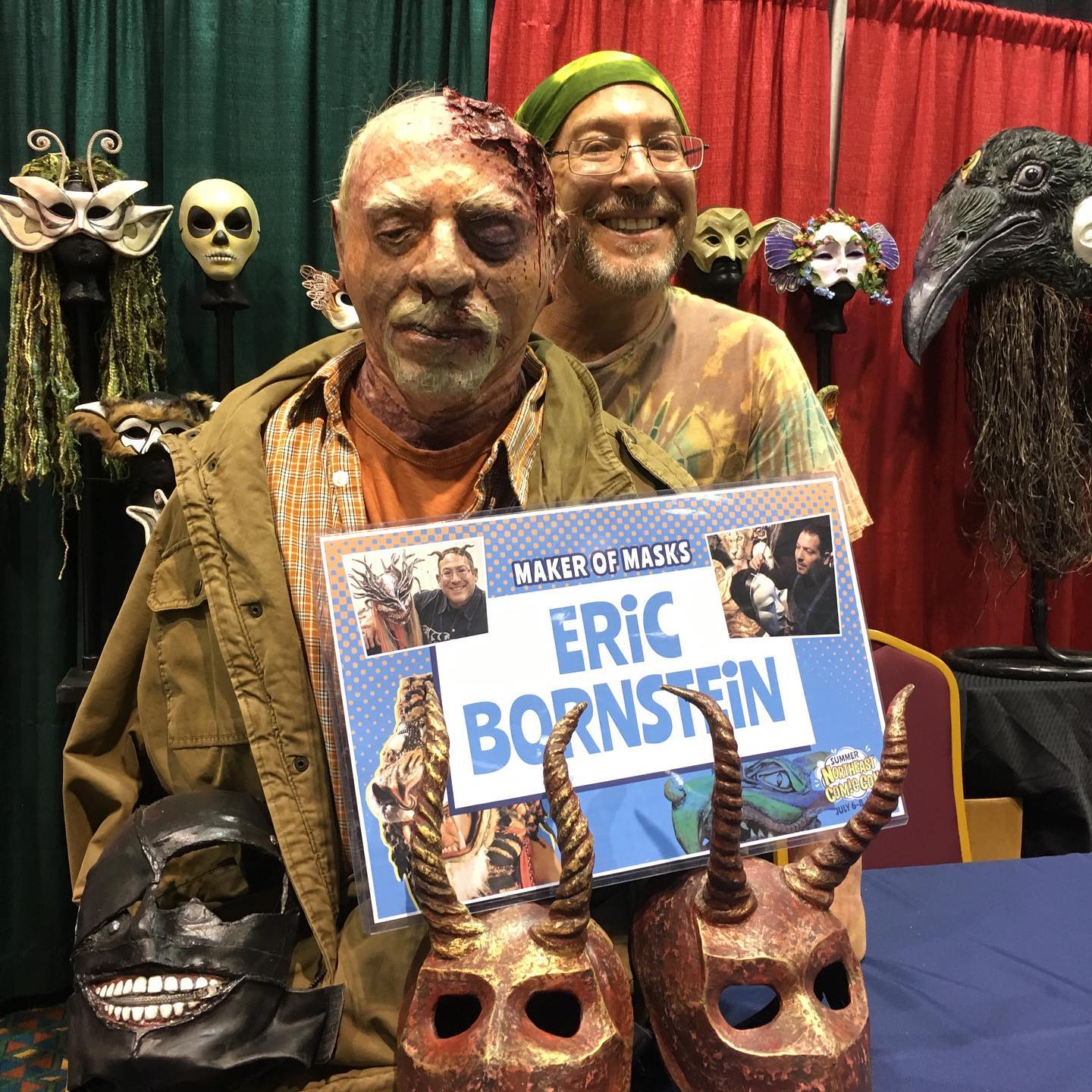 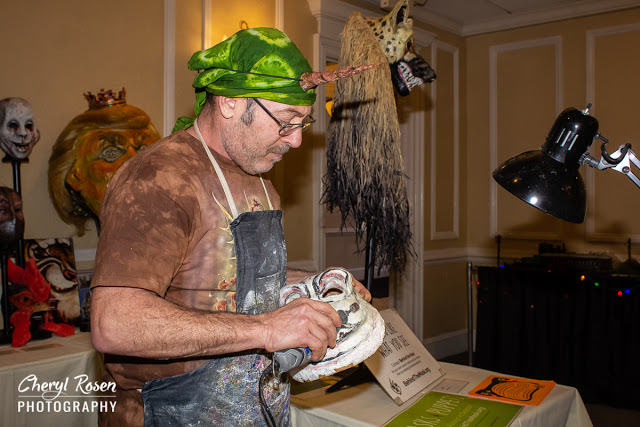 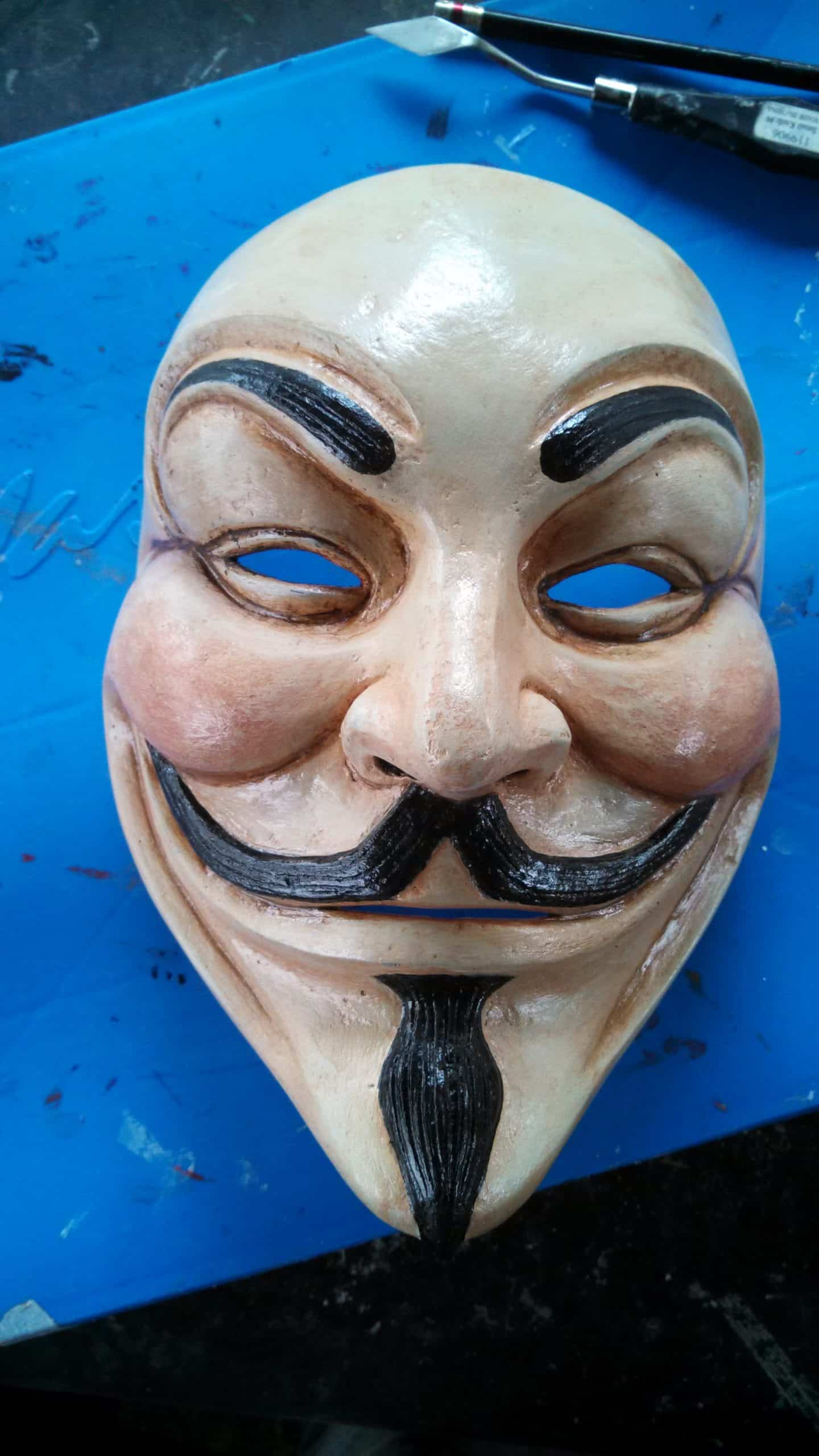 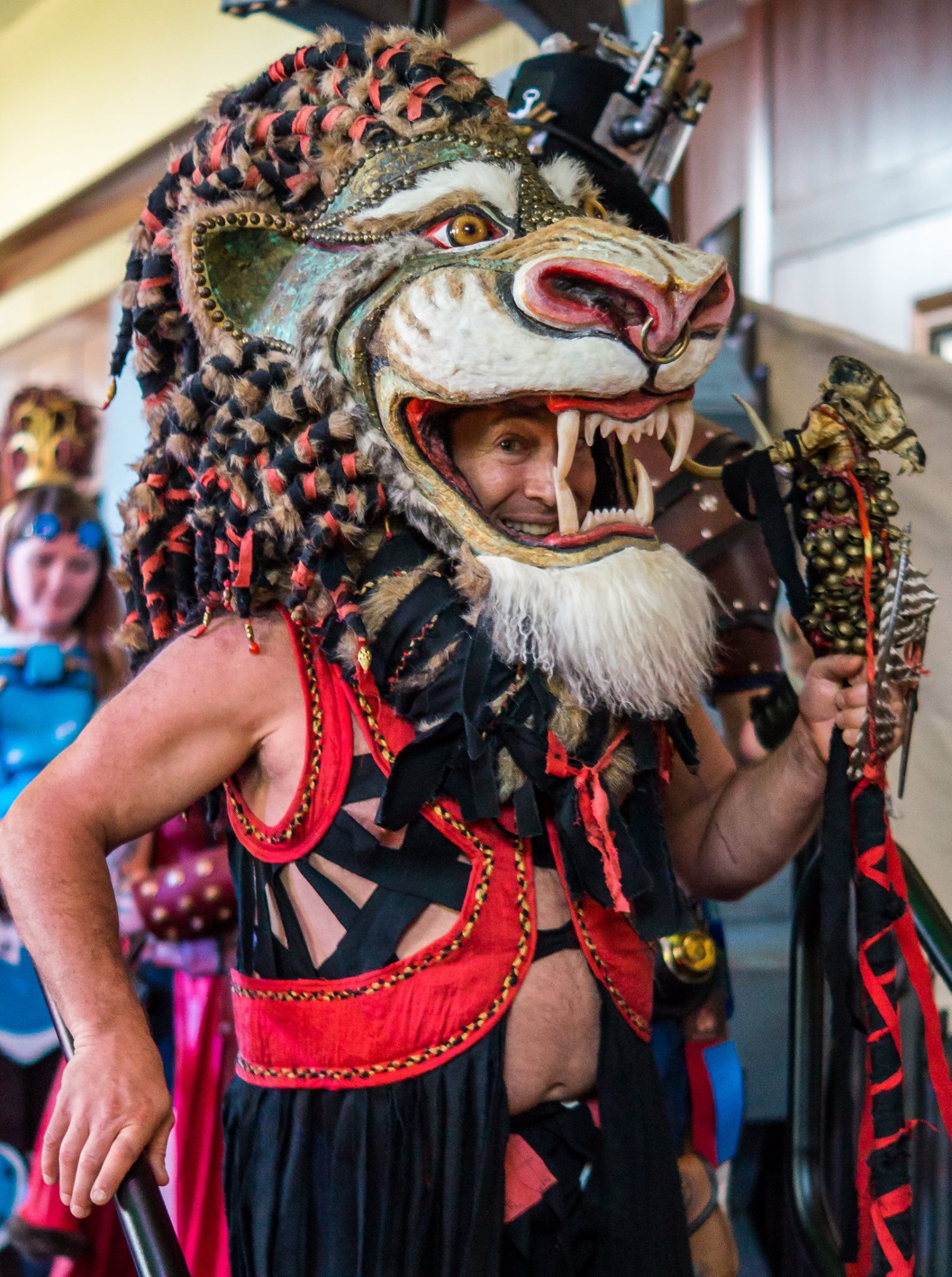 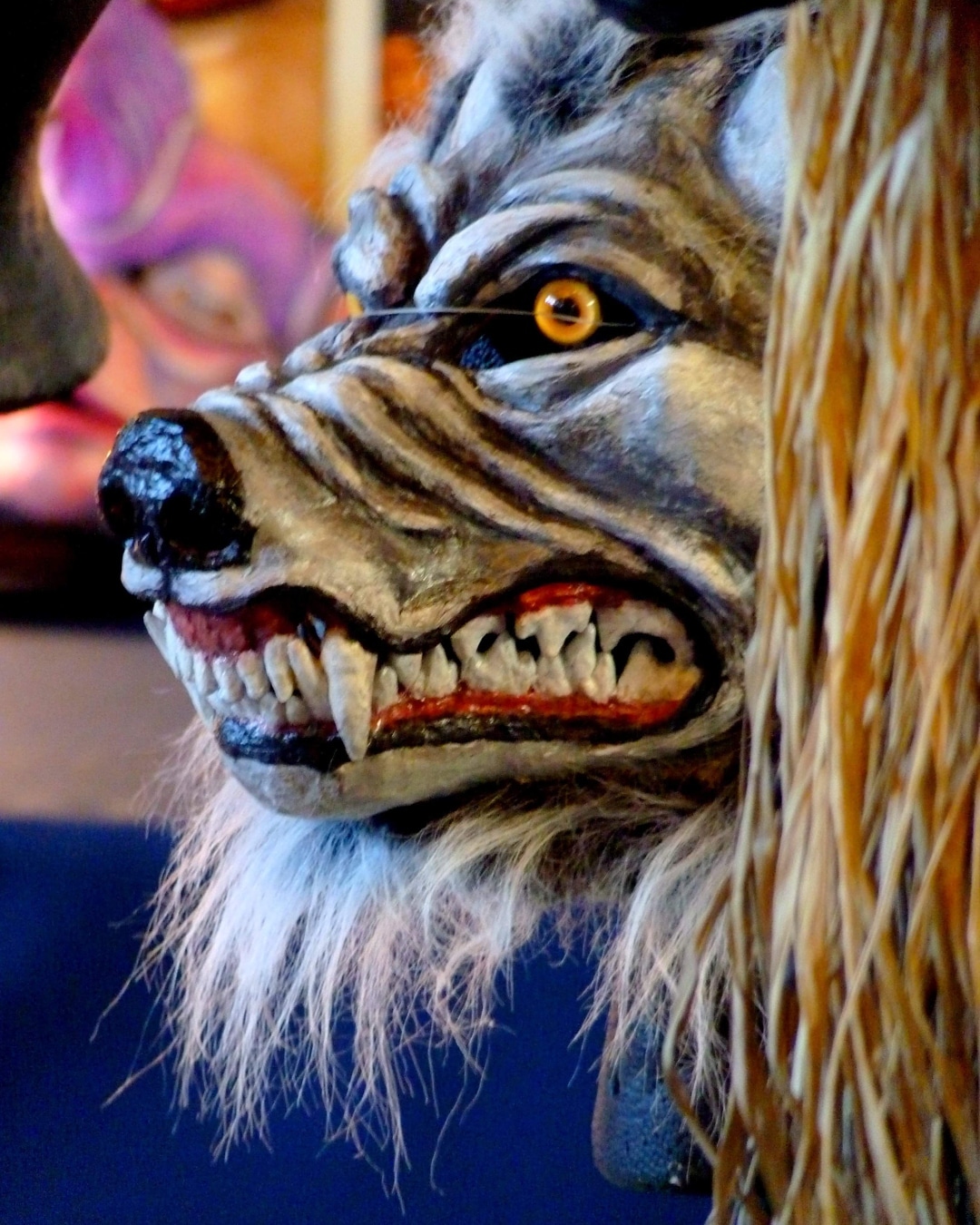 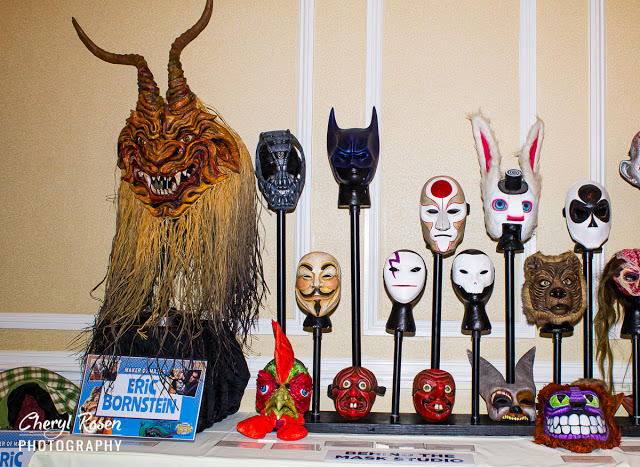 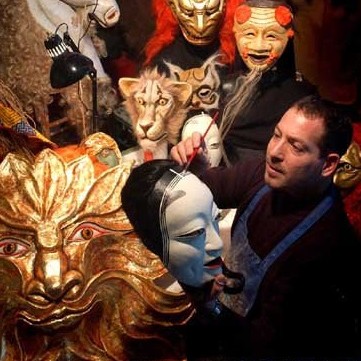