Jim Henson may be best known for Kermit the Frog, but his legacy as an innovator, puppeteer and visionary can best be celebrated by those who were lucky enough to work with Jim, his family and the many projects they brought to fruition.

Celebrating Jim Henson at Northeast Comic Con & Collectibles Extravaganza will be part of the fun …  numerous guests will be at the experiential event to share their experiences and the skills with kids of all ages.

Joining the fun will be actress Gigi Egley who starred in the Jim Henson produced sci-fi television series “Farscape” and currently hosts the “Jim Henson Creature Shop Challenge” on Syfy Channel, puppeteer Bill Diamond worked for Jim on “Sesame Street,” “Fraggle Rock,” “The Dark Crystal” and “The Muppet Caper,” Noel MacNeal, well known for his puppetry as Bear on “Bear In The Big Blue House,” and Leslie Carrera-Rudolph, puppeteer of Abby Kadabra from “Sesame Street.”

A panel on Sunday will discuss many of the elements of the Henson Legacy, from the early days of the Muppets, through Sesame Street into Feature Films.

Noel, Leslie and Bill will be doing interactive puppetry and puppet shows all weekend on the Fez Room stage.  Noel and Leslie will be teaching Kids how to do puppetry in the K!DZ area. 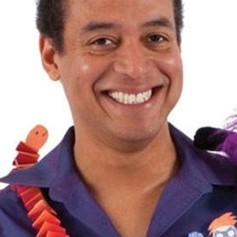 "Bear In the Big Blue House"