Two-time Emmy award winner Bill Diamond began his career in the entertainment industry as a child actor on Broadway and on television commercials. As a teenager in High School, he created his own stop-motion animation films, ran his own theatre company, and began building puppets. At the age of nineteen, he was introduced to Muppet’s creator, Jim Henson, who gave him a job working on Sesame Street, and at Henson’s New York office.

In 1976, Bill created his production company, Bill Diamond Productions. He produced and directed multiple television series in the 80’s and 90’s including, Stuffy’s Place, The Land of the Moonshins, and Dr. Rock’s Dinosaur Adventures, which appeared on Fox. He was also the associate producer of the documentaries, The Phantom of the Opera: Unmasking the Masterpiece, and The Aurora Monsters: The Model Craze That Gripped the World.

In 2001, a massive blaze engulfed Bill’s studio in Peekskill, New York. Over 200 of his puppets and original creations were destroyed. He rebuilt the studio in an industrial complex in Cornwall, NY, but in January 2012, a six alarm fire destroyed the majority of that industrial complex. Bill’s studio and creations survived the second fire, leaving only water damage in the complex. The smoke from the fire was seen from the George Washington Bridge more than 40 miles away.

In 2015, Bill won his first Emmy Award for his work on the YES Network’s Yankee’s Post Game Show – Mo’s Last Home Game as the lighting director.

In 2016, The Jim Henson Company sponsored a fan film competition held on The Dark Crystal website. The competition invited fans to create and submit animated short films inspired by the Jim Henson film. Bill Diamond Productions submitted a short film for the competition titled, “Rise of the Skeksis”, and received an honorable mention.

In 2019, Bill Diamond Productions was one of the Telly Award’s Silver Winners for the Entertainment General-Online category. The company received the award for their production, Gorgo’s Christmas Carol Narrated by Vincent Price.

In 2020, Bill Diamond and his team will be hard at work producing new shows and characters for a multitude of projects. Currently in production are, Puppeteer Bill Diamond’s original series “Land of the Moonshins”, “Gorgo’s Ghost Stories Narrated by Vincent Price”, “Gorgo’s Krumpus Christmas”, and new episodes of “Monster TV”. Bill Diamond Productions is currently developing STN TV and new TV shows for the network, including “Steampunk Alley”. Bill is also in the process of developing a new series with Muppet Babies’ artist, Guy Gilchrist, called “Tiny Dinos”, will continue to perform the Audrey II puppet he built for off-Broadway productions, and is creating celebrity characters for the Edward Twins Vegas Show.

To keep up with current productions, visit www.BillDiamondProductions.com

Bill will be bringing a collection of characters and puppets for photo ops, including original Muppets and Fraggles, plus his own Moonshins, along with Monsters from movies, Skeksis from Dark Crystal and Audrey 2 from Little Shop of Horrors.

Appearing all weekend at the NorthEast ComicCon for photo ops, autographs, commission artworks, signed prints and puppetry, Bill will have a wonderland of fun. Admission is low, parking is free and children 10 and under are admitted free with adult supervision. 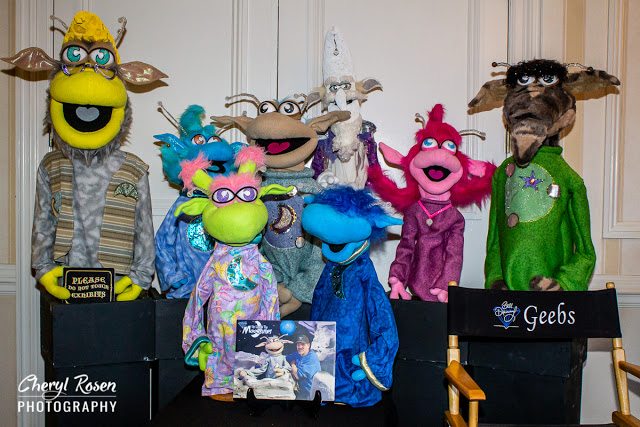 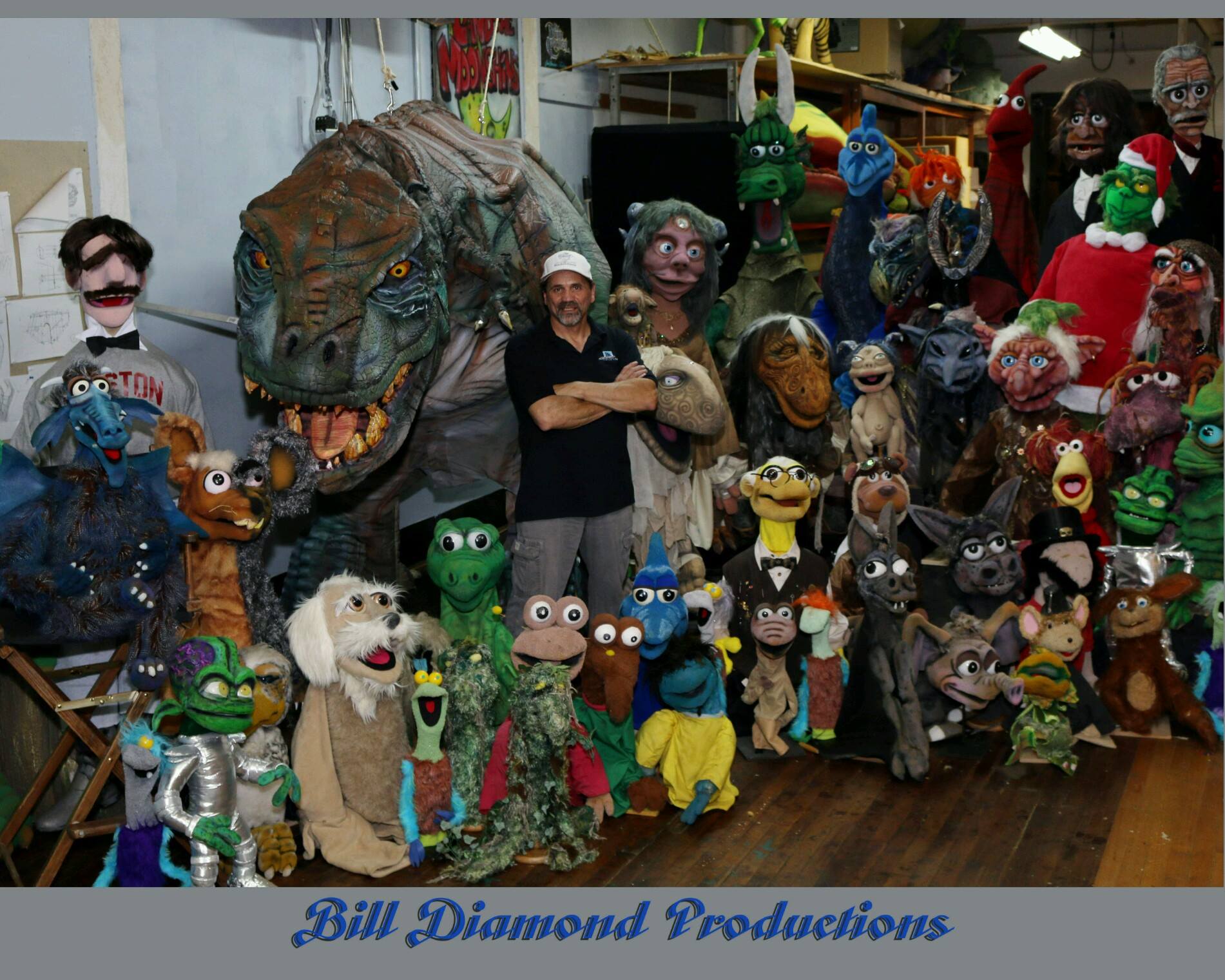